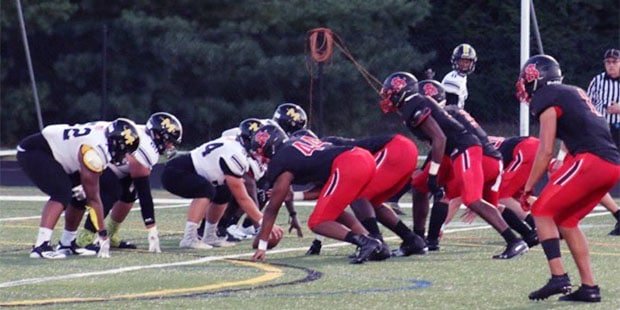 Archbishop Spalding High opened its 2019 football season at home Friday night and put on an offensive show for its home fans, scoring 49 first half points on the way to a 56-0 rout of Bishop McDevitt (PA).

Quarterback Austin Tutas led the way with 204 yards passing and four touchdown throws, all in the first half and Shamar Smith complimented that work with 115 yards rushing and two touchdowns for the Cavaliers (1-0 overall).

Molayo Irefin and Zakee Wheatley each caught two balls for a combined 137 yards and one touchdown each. Jayon Venerable rushed for one score and caught another and Dustin Radford also had a TD catch.

Quinton Young also had a big night, rushing for a touchdown and coming up with an interception on defense. Wheatley and Venerable also had interceptions and Sean Bernardino had a team high seven tackles as the Cavaliers pitched a shutout.