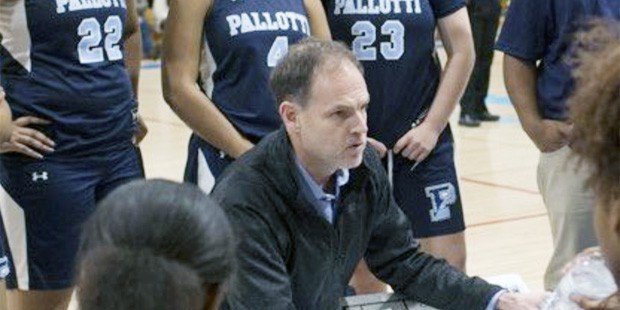 Archbishop Spalding High has announced the appointment of Joe Matthews as the school’s new girls basketball coach, according to athletic director Jeff Parsons.

Matthews comes to the Cavaliers from St. Vincent Pallotti, a rival school in the IAAM A Conference, where he has served as the girls’ varsity basketball coach for the past two seasons. Matthews led the Panthers (21-6) to the league championship game last winter and claiming a regular season win over Riverdale Baptist School, which was ranked No. 2 in the nation at the time.

Pallotti, which lost to five-time reigning champ and nationally-ranked St. Frances Academy in the IAAM A final last February, finished No. 4 in the final VSN Girls Basketball Top 20. Matthews was 36-16 in his two seasons at the Laurel private school.

Prior to his time at Pallotti, Matthews coached first the boys, then the girls basketball team at the Key School.

“We are extremely excited to have Coach Matthews join our coaching staff,” said Parsons. “His accomplishments and the winning tradition that has followed him will carry over to Spalding. His knowledge of the IAAM will be vital as the program continues to grow.”

Matthews replaces Lisa Smith, who was dismissed in January for comments she made over social media about a rival player. Smith was in her first season.