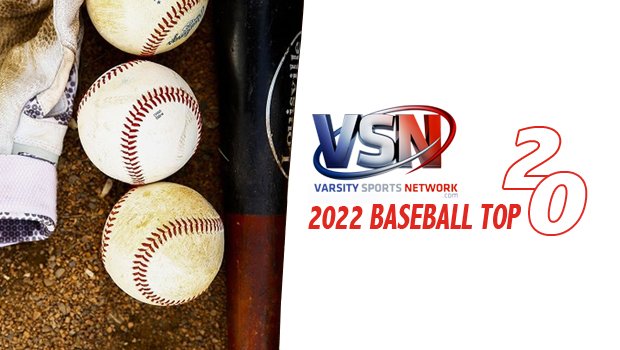 Archbishop Spalding High went wire-to-wire as the No. 1 team in the VSN Baseball Top 20 this spring. The Cavaliers notched their fourth MIAA A Conference championship under the 10-year tenure of coach Joe Palumbo.

Palumbo’s dad, Jeff, led the Cavs to the 2010 title giving the Severn school five A Conference crowns under the duo.

While Spalding won it all this spring and squeezed the No. 1 ranking with the most wins (27-4) in the metro area, including a perfect 14-0 in the regular season. The Cavaliers went 3-0 in the season-ending double elimination tournament.

There was a slew of constant surprises in the VSN rankings, making it without a doubt the wildest, unpredictable season of parity.

Two of the huge surprises were Class 2A Glenelg of Howard County (Class 2A) and Chesapeake-Anne Arundel (3A) copping state titles.

Severna Park advanced to a fourth 4A title game in 10 years, and again, it fell short, losing for a second straight year to Montgomery County’s Sherwood.

Young, a 1991 graduate and longtime Chesapeake assistant coach under Ken King, had the Cougars ranked every week in the VSN Top 20. The Lake Shore school is No. 2 in the final poll.

Glenelg was not ranked to start but was by week #2 and remained in the double-digit ranks, nearly dropping out when they slotted at No. 20 in the fifth week. In week No. 8, the Gladiators of coach Steve Tiffany had steadily climbed to No. 17 then zoomed to No. 9 last week after advancing to the state semifinals

After upsetting UCBAC Chesapeake champ and No. 9 North East in the 2A state semifinals, Glenelg stunned undefeated Calvert County’s Patuxent, 4-1, in the final to notch the Howard County school’s first state baseball crown since 1999.

It was quite a year – never a dull moment – and we lost Calvert Hall College’s veteran coach Lou Eckerl to retirement. Eckerl went out as the Hall’s all-time winningiest coach and was also named the VSN Baseball Coach of the Decade.