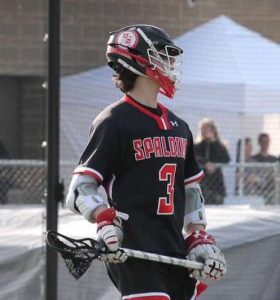 While its MIAA A Conference lacrosse foes are taking time to recoup for the final stretch of regular season play, Archbishop Spalding High and Severn School was in action Thursday at the Public/Private Challenge at Severna Park.

The defending Class 4A state champ Falcons (8-1) accounted for the game’s first two tallies before Spalding ran off 10 unanswered scores. Cameron Bear had two goals and an assist for Severna Park.

The annual mixer concludes Saturday at Severn School with Spalding taking on Broadneck at 11 a.m., followed by the Admirals and Falcons at 1 p.m.