Spalding breaks through with a win over Curley 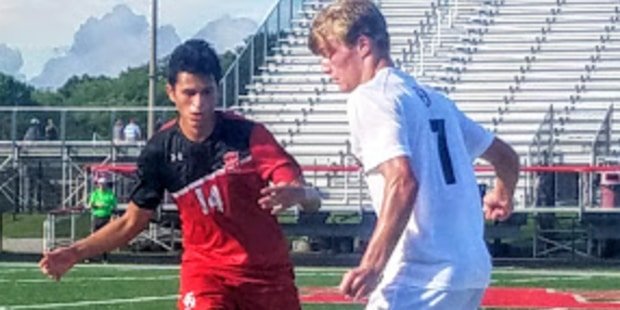 First half goal stands up for Cavs in upset over No. 6 Friars 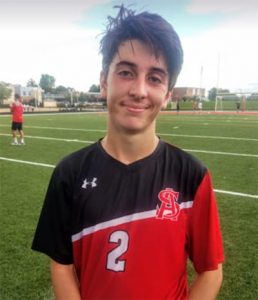 Word on the street in the preseason was that Archbishop Spalding could be the most improved soccer team in the MIAA A Conference in 2018.

Following up a strong effort in a 2-1 loss to Calvert Hall in its league opener, the Cavaliers gave further credence to those theories, Wednesday, when they blanked No. 6 Archbishop Curley, in Severna Park.

Spalding, now 4-1 overall, got the only goal of the day, halfway through the first half, when freshman Finn Beaubien scored on a set piece.

“We had a free kick, we played it in and fought hard for the ball,” said Beaubien. “The ball bounced around and popped up to me and I was in the right spot to finish it. As as a freshman starting on the varsity, I’m very glad that coach (Pat Crawford) has trust in me, has faith in me and encourages me.”

Crawford also got an outstanding game out of goalkeeper Daniel Ashbeck, who turned back five Curley shots in the first eight minutes of the game, when the Friars were peppering the junior keeper from close range. He finished the day with 8 saves.

“Our defense packed it in and tried not to let them get open shots, and I had a lot of help today, especially from Ed (Baddour) and Alonzo (Colon), in the back,” said Ashbeck. “The entire defense helped me all day.”

Crawford was extremely proud of his team.

“We come out now wanting to win instead of playing not to lose,” said the coach. “We fought really hard today and got a great game from keeper Ashbeck and a very timely finish on the only goal of a day from Finn. We beat a really good team today.

“Curley coach Barry Stitz has his team playing very well and we were very fortunate today.”

Stitz felt his team did not sustain its early effort. 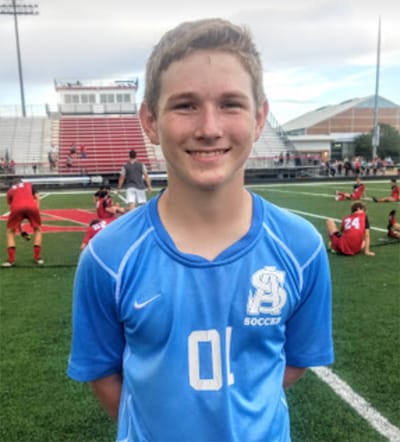 Daniel Ashbeck recorded eight saves in the Spalding goal to get the shutout.

“We played a good first half, and we created a lot of chances, but we gave up that goal on a set-piece and it’s inexcusable to give up a goal on a set piece,” said Stitz. “But hats off to them, they have a lot of talent, and they came out and played very hard and they gave themselves a chance to win.

“I really expected us to push harder in the second half but we never did. I told the team after the game that we need to play with more urgency if we’re going to win in this league.”

Ashbeck joined Beaubein in giving the credit for the Cavalier turnaround this season to Crawford.

“Coach Pat encourages all of us all of the time, and he pushes us to do our best,” said Ashbeck.

On Wednesday afternoon, that encouragement paid off with a shutout for Ashbeck and his Cavalier teammates.

“It took a lot to win today,” added Beaubien. “Curley always plays hard and they put a lot of pressure on us.”