Southern opens playoff push with a win over McDonough 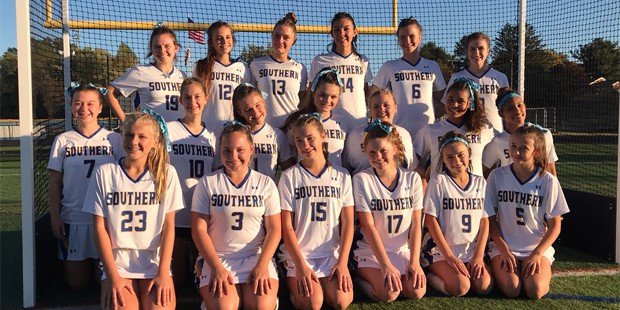 Southern-AA played hosted McDonough of Charles County, Thursday, in opening round of the 1A state field hockey playoffs and the host Bulldogs came away with an impressive 3-0 victory.

Freshmen Maddy Bart scored in her first varsity appearance, finding the back of the cage 19 minutes into the game, to spark the Bulldogs offense to generate 26 shots on goal and 27 penalty corners versus a tough Rams’ defense that only allowed three scores.

Maddie Wallis and Lilly Bart controlled game play from the defense back half with Jayda Washburn and Rachel Gibson facilitating play at center high defense. Jocelyn Povlitz led the midfield with a plethora of shoots and passing keeping the ball in Southern’s offensive end most of the game.

Leading 1-0 at the half, Southern (3-10) moved on to the 1A South Region II semifinals, where they will face Patuxent on on Monday, with second half goals from Alexia Plus and Gibson.