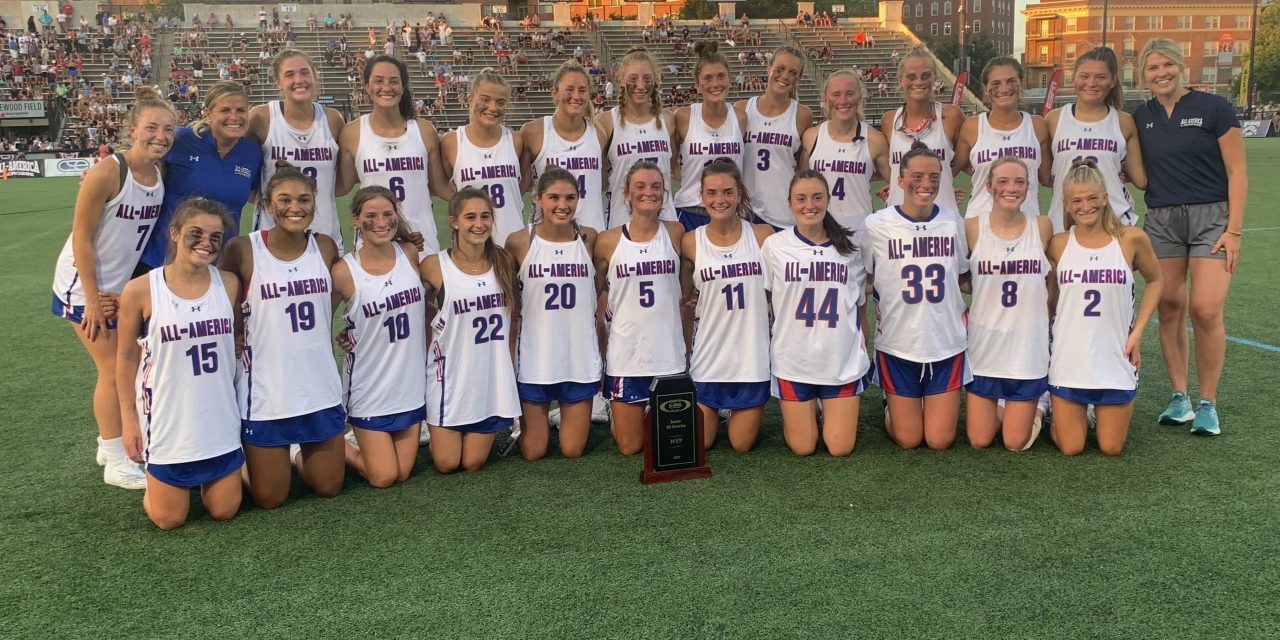 The Girls Senior All-Star Lacrosse Game was the swan song for a dozen local standouts who played for the South on Saturday evening at Johns Hopkins University’s Homewood Field.

The game marked the last time the players would represent their high schools, albeit in a losing effort.

The South never seemed to mesh the way the North did, according to Weisman.

“We weren’t connecting as a team,” the University of Maryland commit said. “We were playing more as individuals than as a team. But the North was very quick to slide and they played end-to-end. They were very team oriented.”

While she acknowledged being irritated by her team’s struggles, she said that she was nonetheless thrilled with being selected among the top 44 players in the country.

“I’m just really proud to be recognized to be able to play in the game,” she said.

The lead was short-lived, however, as the North rattled off 12 of the next 13 goals and blanked the South for nearly 27 minutes in the process.

South coach Mary Gagnon said that her squad panicked a little after falling behind.

“We were forcing some things,” she said. “We’d make a big play and then give it right back to them. We cut the lead to 13 -8 but we didn’t finish some shots. And the North played great defense and their girls were great on the draw. But I’m proud of the way we played in the second half.”

Marszal also scored for the South, Godine produced an assist and Torres recorded four saves while swiping a pass in a man-down situation that eventually resulted in a shorthanded goal for her team.