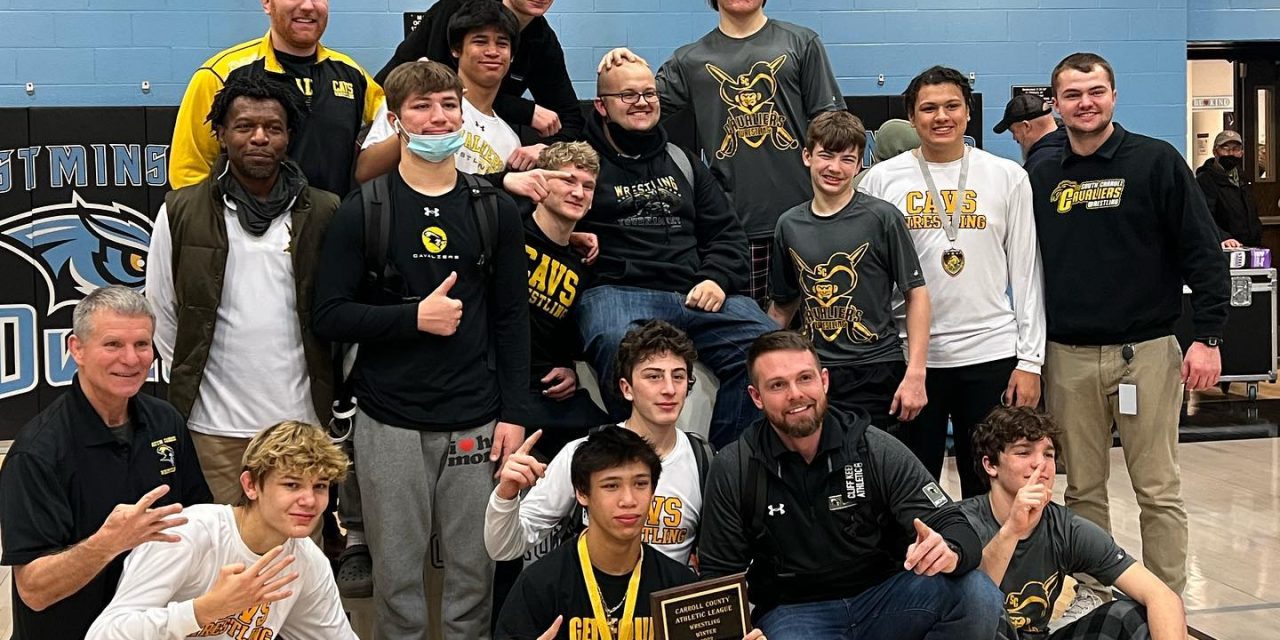 On Saturday at Westminster High School, South Carroll (No. 5 in the MSWA’s team rankings) pushed eight wrestlers into the championship finals. Six of them would make it to the top of the podium.

No. 3 Michael Pizzuto ended honorable mention Zach Kinloch’s day 29 seconds into the second period in his encounter with the Francis Scott Key grappler. No. 1 Gage Owen rolled to a 21-4 tech-fall of Century’s Jake Hurst.

No. 2 AJ Rodrigues pocketed the 160lb crown with a 57 second shellacking of Connor Ryan (Manchester Valley). Rylan Moose (No. 5 at 182) closed out the Cavaliers championship run with a first period fall against Francis Scott Key’s Liam Weeks, 1:33.

Cru Boog put up a major-decision with Francis Scott Key’s Gabe Dell to take the crown at 195. At 220, No. 17 Kobe Pennewell decked Westminster’s Randy Green with 28 seconds left in the match, 5:32.

The host school had three guys put their names on the final line of the wall chart. At 138, Ryder Eckenbarger (HM at 145) won a close one with South Carroll’s Bond, 8-5. No. 10 Connor Kolarek planted Winters Mill’s Craig Love (No. 23 at 170) in the first period, 1:23. No. 4 Kaden Bryan won the heavyweight chart pinning South Carroll’s Brightful.