Smith strikes out 11 as No. 9 Hammond softball wins its opener 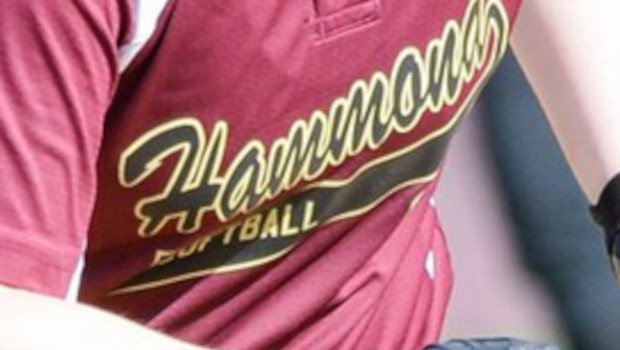 On the road at Atholton, Monday afternoon, Hammond’s Kasey Smith struck out 11 batters in a complete game effort, as she led the No. 9 Golden Bears to an 8-5 victory over the host Raiders in the softball season opener for both Howard County schools.

Smith blanked Atholton over the first four innings and then survived 4-run fifth and single run in the seventh to clinch the win. She allowed just six hits and only one of Atholton’s runs was earned.

Smith also contributed at the plate with a double. Included among the Bears nine hits was a triple by Kaylee Beam and a double by Maddi Berning. Hammond broke on top with two in the second , but found itself trailing, 4-3, after five. The Bears evened the game with a single run in the sixth and took control with four in the top of the seventh.

For Atholton, Kyra Holtje went 2-for-4 with a two-run home run. Natalie Flores also had a pair of singles and Adara Baldini doubled in the loss.