Slow start, fast ending for No. 1

Arundel volleyball runs past No. 3 Broadneck for 11th straight win; Scrivner and Watts combine for 26 kills 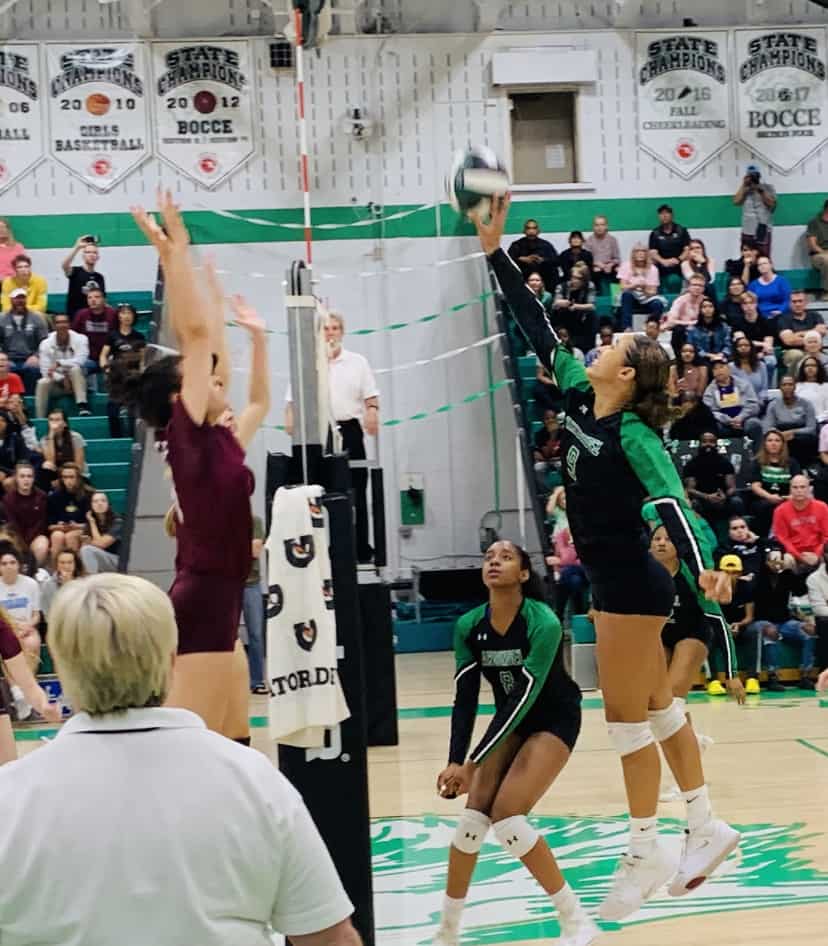 Arundel High’s volleyball players readily admit they don’t often get off to a quick start. That, however, hasn’t meant much to the final outcome of any of their matches this fall.

Tuesday, the No. 1 Wildcats escaped an unsteady first set and then quickly built the momentum they needed to sweep the rest of the match against Anne Arundel County foe and No. 3 Broadneck. With a 22-25, 25-20, 25-17, 25-20 victory, the Wildcats remain undefeated and take over sole possession of first place in the county league.

To the Wildcats, a hot start doesn’t mean much when you can finish strong.

“We’re always a team that starts very slow, so we already knew the deal,” said Arundel junior hitter Brooke Watts. “The second set, we just talked to each other. We were like, ‘We know how to win this game. We know what we have to do, just go out here and do our best.’”

The Bruins looked completely in synch early in the first game, but the host Wildcats rallied to cut a seven-point deficit to 23-22. Arundel couldn’t maintain the momentum as the Bruins closed out the set on Brianna DeMouy’s kill and her tandem block with Madaline Stewart.

“I think our nerves just got the best of us and I guess we weren’t really playing to our fullest,” said Arundel sophomore setter Abby Niles, who finished with 26 assists.

The Wildcats rolled up a 10-2 lead in the second set and fought off a late rally that pulled the Bruins within 24-20.

In a back-and-forth third game, the Wildcats took control with three straight points for a 19-13 lead on a Griffin ace. Kills from Zaria Ragler, Abrielle Scrivner and Watts and an ace from Niles boosted the Arundel lead to 23-15. Watts and Janelle Smith pounded out kills and Aaliyah Griffin had an ace as the Bruins struggled with their back-court coverage.

Arundel, however, used its defense to help finish off the match. On several long rallies, they used athletic digs to keep the rally going and often win the point. They also had much better passing on serve receive.

In the final game, with the Bruins leading 20-19, they made two critical errors, one first pass went over the net and out of bounds and on the next play, miscommunication led to a ball dropping untouched on their side of the court. Kills from Corinna Baker and Griffin along with two Broadneck hitting errors sealed the match for Arundel.

The Wildcats wanted to cut off any momentum the Bruins might seize to steer the match to a fifth set.

“We knew we couldn’t go to five tonight. We were pretty tired already,” Watts said. “We knew we had to finish it.”

Scrivner led the Wildcats with 14 kills while Watts had 12 and Griffin, 10. However, defense was perhaps more important to the win, especially late in the match.

“We’ve been able to rely on our big hitters a lot, but we’ve been talking about how there will be times when we can’t do that,” Arundel coach Ashley Yuscavage said. “It’s exciting to see that when those times came, we stepped up on defense.”

Arundel libero Fiona Gonzalez Medina said everyone on the court contributed to the strong defense that proved critical to defeating their top county rival.

Fiona Medina-Gonzalez (left) and Brooke Watts helped Arundel stay undefeated Tuesday. The defending Anne Arundel County champs will get the chance to defend their title in county final in a couple of weeks.

“I feel like we all did really good,” she said. “We really got to the ball on serve receive and for defense and picked up a lot of balls. I think that really helped our setters too, to get those balls to the outside girls and right side… I feel like our defense was really good tonight.”

The Wildcats, who haven’t fallen to the Bruins since 2015, have lost only four games this fall, dropping two in a five-set win over No. 12 Glenelg and one in a four-set win over South River. They have matches left against Annapolis Thursday and North County to close the regular season on Oct. 22.

Broadneck’s only other regular season loss was to defending Class 3A state champion and No. 6 Atholton in five sets. The Bruins have matches left with North County, Towson and Meade.

Natalie Luscumb led the Bruins with 13 kills while Emma Quandt had nine.