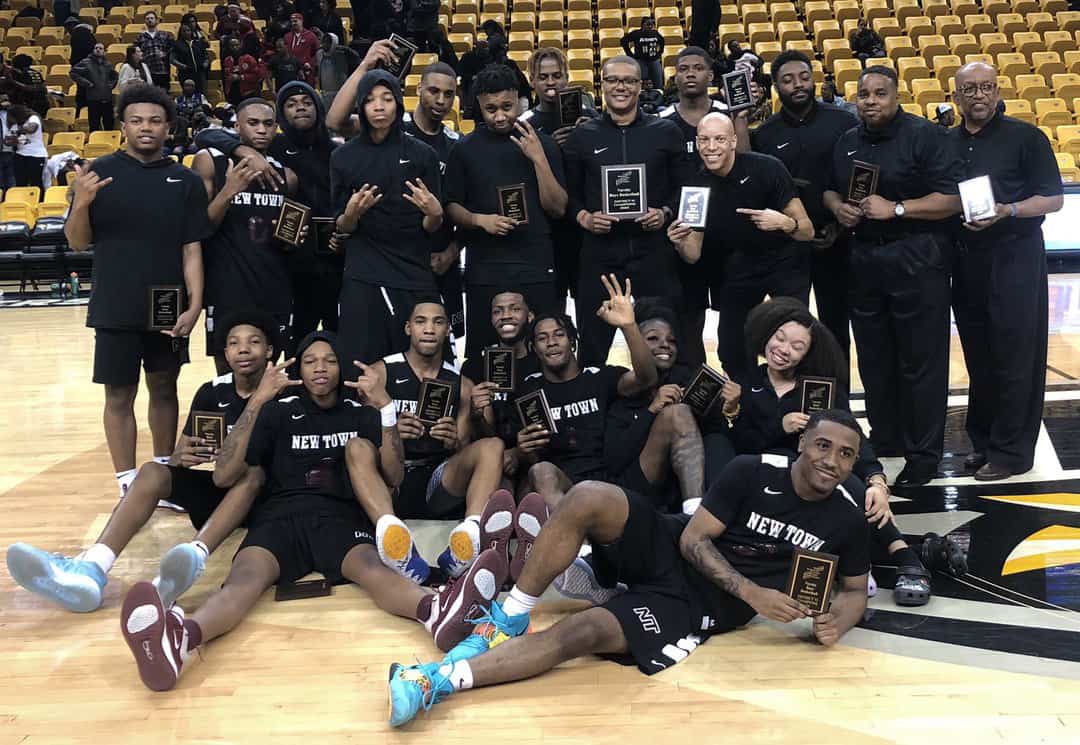 Just like his team, New Town High’s Twan Carter got off to a slow start in Tuesday night’s Baltimore County championship game against Woodlawn.

After going scoreless in the first quarter, Carter hit six 3-pointers and scored all 20 of his points over the final three quarters and led the Titans to a 69-52 victory over Woodlawn at Towson University’s SECU Arena.

New Town (21-2 overall) won its second straight Baltimore County championship and pushed its winning streak against county competition to 32 games dating back to 2018. The Titans’ last loss in the county came against Milford Mill on Feb. 15, 2018.

“My confidence was building more and more and I just took more shots,” said Carter, who didn’t hit his first field goal until the 1:25 mark of the second quarter. “We just stayed humble through it all. We can’t take anyone lightly.”

Carter hit five of his 3-pointers in the second half for New Town, which took control over the game’s final 20 minutes after trailing for most of the first half.

A technical foul assessed during warm-ups relegated head coach Derek Wise to sit the entire game. Woodlawn (18-4) scored the game’s first three points, then after a quick 5-0 run by the Titans, quickly reassumed control and led for the most of the first half. Carter’s first 3-pointer of the game late in the first half gave New Town the lead for good after it had trailed by as many as 11 points late in the first quarter.

“They hit some tough shots early, but we weathered the storm,” Wise said. “To get where we want to go, we’re going to have to go through some adversity.” 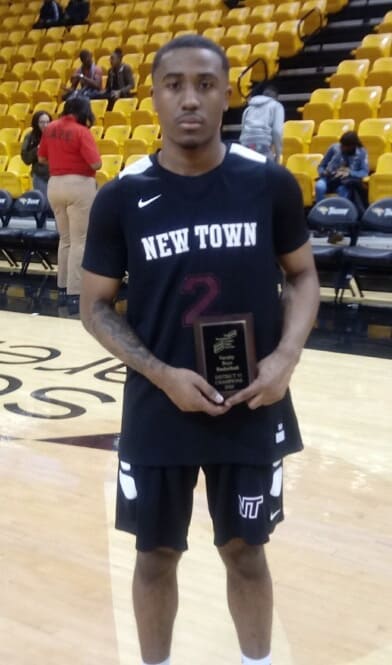 Twan Carter had the hot hand for New Town boys basketball Tuesday with 20 points. The Titans ended Woodlawn’s 13-game winning streak with a 79-62 victory in the Baltimore County title game at SECU Arena.

Andrew Mills followed with 18 points, with 16 coming over the final three quarters, for New Town.  Martaz Robinson added 14 points, including 12 in the second half.

Jordan Allen scored 15 points, Kameron Downs followed with 10 and Emanuel Rice added nine points for the Warriors, who held an 18-9 lead after one.

Allen hit a pair of 3-pointers in the first quarter and Rice added another, but Woodlawn hit just one 3-pointer the rest of the game.

Woodlawn is the No. 3 seed in the Class 3A North Region I and will open the playoffs with a home game against Hereford.

New Town is the No. 1 seed in the Class 2A North Region I and will open the playoffs with a home game against Eastern Tech on Friday.

“We’re the No. 1 seed, but unfortunately we have to play on Friday,” Wise said. “It is what it is. It’s another test for us, so we’ll go back to the drawing board (Wednesday) and we’ll go from there.”