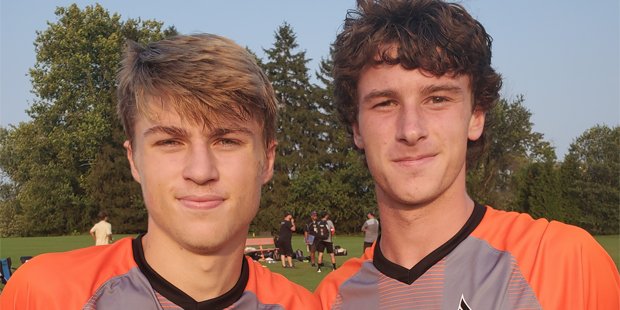 The 2nd-ranked McDonogh soccer team made it six wins in row, Monday, with a 6-0 win over No. 5 John Carroll, which had a rough afternoon in Owings Mills.

McDonogh’s Jacob Murrell continued his domination of the MIAA A Conference with another hat-trick for the Eagles, a feat which he has now accomplished in three consecutive games.

Senior Ethan Glaser, who tallied twice for Coach Brandon Quaranta, put the Eagles up 1-0, 10 minutes into the game. For the ensuing five minutes of play, the game belonged to Murrell. The Georgetown bound senior, who is considered one of the top high school players in country, poured in two goals, one unassisted at 20:42, and another two minutes later on a feed from from Aidan Ellis. He then found the speedy Usman Adegbenro closing toward the goal to register an assist and give the Eagles a 4-0 lead, with 16 minutes to go in the first half of play.

“We got on a roll,” said Murrell. “I was excited about the way we performed. We’ve now had three complete games in a row. This was a convincing win, and once again our defense created offense. Our early season one-goal loss to Calvert Hall seemed to have sparked us, and we have really come together in our the last three games.”

“He’s a special player, clearly the best player on the field, and he has the ability to change the momentum of a game, which he did today.”

Patriot Coach Jim Fendryk said, “We didn’t stay connected enough from front to back and we gave him (Murrell) a lot of space to work with. If you give him space, he’s going to do that to you.

“We didn’t do ourselves any favors today with some of those early chances, and we allowed them to play through. We have to regroup and try to come up with 6 points now with two more games to play this week.”

John Carroll (3-2-1) came in with an opportunity to close some ground on the Eagles (6-1 overall, 5-1 MIAA A) and first-place Calvert Hall (16 points), but the Patriots still remain in third place.

Pictured above: Ethan Glaser (left) scored twice and Jacob Murrell netted his third consecutive hat-trick to lead McDonogh to a 6-0 rout of No. 5 John Carroll.