After taking pictures with “The Game” trophy after Institute of Notre Dame’s latest victory over Mercy in the annual girls’ basketball rivalry contest at SECU Arena Friday evening, the emotions of the moment hit La’Shyra Williams.

“This was really about fun with my teammates one last time playing in this game,” Williams said. “We talked about playing in this game a lot this week, but before the game started we knew we had to focus up, but still laughing and having a good time with each other. But this is my last year and everything is a little sad right now.”

It was melancholy for Williams, who joined a select group of four-time winners as IND cruised to a 69-27 decision over the Magic in front of an estimated 2,600. Junior guard Eniya Russell scored 23 points for the Penguins (7-11 overall), earning team MVP honors.

The East Baltimore school led wire-to-wire, earning its sixth straight victory in the series that started in 1967. Mercy (3-10) leads all-time, 30-23.

Magic coach Mary Ella Marion was back on the sidelines Friday. Marion came out of retirement to guide her alma-mater again.

“It’s amazing to be able to coach in this game,” said Marion, who’s been part of more than 30 “The Game,” as a player and coach. “The excitement, the hoopla, getting messages from former players and seeing players that you used to coach, it all comes rushing back. “I am very grateful that I have been apart of this game for so long.”

IND clicked on all cylinders, scoring the game’s first 11 points. Mercy freshman guard Taylor Gilmore (7 points) scored all five of the Magic points in the opening period as IND held a 21-5 advantage after one period.

The Penguins kept the foot on the gas with a 15-1 run, fueled with three-pointers from Russell, Tsion Smith and Madison Nimmo. Ajae Petty and Smith finished with 13 and 11 points, respectively.

“I think the energy and the atmosphere of tonight really fueled us,” Russell said. “This was our best start of season and it really showed tonight.”

With another victory in “The Game,” IND is hoping to build momentum for the upcoming IAAM A playoffs. The Penguins are back in the area’s premier conference after winning the B title last winter.

“The way season is going I just needed something to get a spark into us so that we can have a stretch run in the A Conference,” Dubose said. 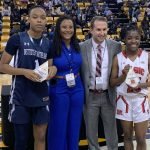 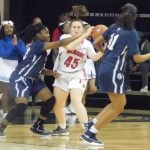 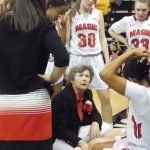 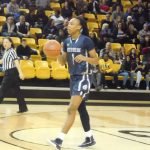 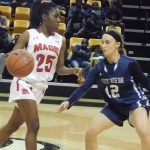 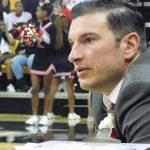 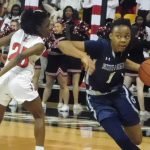 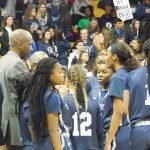 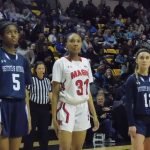 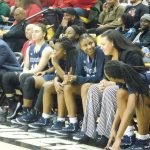 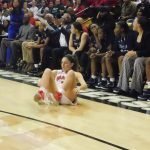 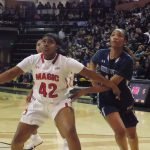 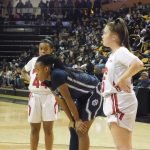 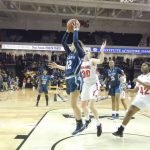 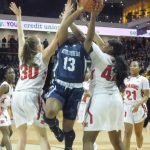 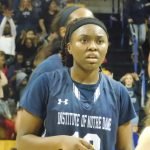 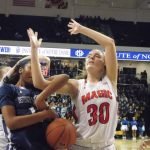 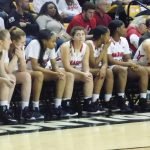 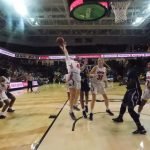 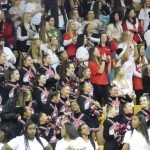 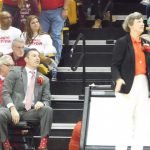 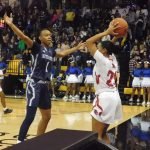 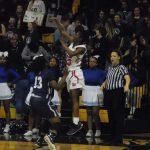 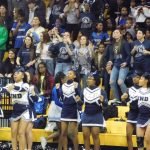 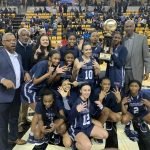