Westminster’s Widener is VSN’s top volleyball player; Yuscavage is Coach of the Year

Varsity Sports Network is proud to introduce our 2019 Volleyball Player and Coach of the Year. Jilienne Widener led Westminster to the state semifinals with 335 kills and a phenomenal hitting percentage over .400, earning her Player of the Year accolades. Coach of the Year Ashley Yuscavage led No. 1 Arundel to the first state championship in program history and becomes the first female coach to win VSN coaching honors twice.

Congratulations to Jilienne and Ashley. Both were kind enough to share their stories with us, including in video interviews that follow.

As a third generation volleyball player, Westminster’s Jilienne Widener excelled at the sport almost from the moment she stepped on the court.

“I followed my sister around, wanted to do everything that she did, so when she started playing, the next year, I said, ‘Mom, I have to try out. I really want to try out,’ and my grandma was like, ‘Try out for my club. See how you do.’ I tried out and I made it. I played on a 12 team at age 7.”

One year and she was hooked. She followed her sister Camryn onto the Owls court too, but the family legacy started long before. Her grandmother Oralee Smith, who still runs the Carroll Viper Volleyball Club, played in high school and her mother Stacey Widener played at Westminster.

Jilienne, however, grew not only into a star player, but likely the best ever in Carroll County and she is Varsity Sports Network’s 2019 Volleyball Player of the Year.

In her senior year, the 6-foot outside hitter led the Owls to an unbeaten regular season, the county championship and a berth in the Class 3A state semifinals. The Owls lost only three sets during the regular season and swept 14 of 17 matches.

The Owls went 61-9 over four years with her in the lineup.

Century coach Bryan Trumbo, who has been around the sport in Carroll County for about 25 years, said Widener is the best player ever to come out of the county — by far.

“She’s such a great all-around player,” Trumbo said. “It’s not that she can just put the ball down. Her overall skills from her serve to her serve receive to just taking a second ball to bettering her teammates, she is just a really well rounded player and she makes everyone on her team better because she’s so good that she gives everyone else confidence. Then they play at a higher level.”

Widener’s power and precision on her hits is unmatched. She excelled at hitting over and around blocks and mixing up her placement to further confound opponents, many of whom were overwhelmed just by her power.

“She always reads blocks,” Owls coach Evan Frock said. “I’m really lucky that I haven’t had to set a game plan to stop her. She gets up and she gets so high that she has time to see where the block is and hit around it. She touches over 10 feet. She gets up and it’s a different angle than anybody else. Even if she hits it right at a defender, the defender hasn’t seen it come from that angle and might make a mistake.”

Widener has worked hard to develop her strength as part of her overall game.

“It took a lot of work in the gym and in the weight room too,” Widener said, “so all my coaches, we really work together with each other to know which spots are open, where to hit and then in the weight room I’m really just working hard because I want to get stronger, because strength helps when you’re hitting a lot.”

During her career, the Owls reached the state title game twice and the state semifinals once. Her only regret has been not leading Westminster to its first state championship.

In the regional playoffs, however, Widener suffered a bruised left femur. She said the doctor told her that she landed on one leg with such force that the tibia and femur slammed together, causing the painful bruise that left her unable to jump very high.

She exacerbated the injury on a play in the state semifinal and couldn’t get off the ground at all in the final two sets of a 3-1 loss to Northern of Calvert County. Still, she managed 16 kills and 12 digs in the match.

In the two regional playoff games and the state quarterfinal Widener had 85 kills, an average of 8.5 per set.

After the bitter disappointment of the loss eased, Widener said she feels she helped start something that others will now finish.

“At first I was so upset, because that was my last chance and that was Westminster’s last chance to prove who we were, but we’ve built a legacy and this program has such a bright future. That’s so exciting.”

Widener has returned to her club team, Metro Volleyball Club of Washington, D.C., after sitting out three weeks to heal the knee. Playing for the No. 16 rated club in the nation, she’s looking forward to big tournaments around the country this winter and spring and to preparing to play next fall at Brown University.

Planning to become a doctor, she has a 4.0 unweighted GPA. She said she found the perfect blend of academics and athletics at Brown, which just concluded its first winning season in 18 years.

“I’m just excited about the new people I’m going to be able to meet and to play against. That’s so exciting, New competition is always fun.”

VSN Volleyball Players of the Year 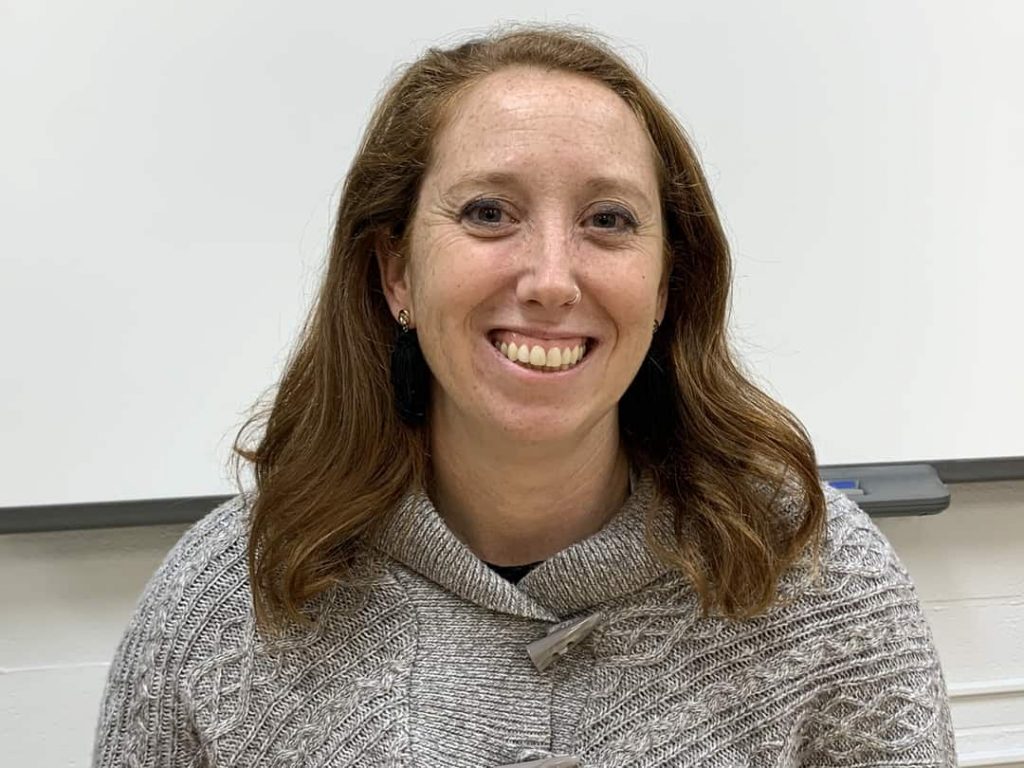 KEEPING EYE ON THE PRIZE

Ashley Yuscavage never let her Arundel High volleyball team forget what they were playing for. From the first day of practice in August until final day of playoffs in November, she kept the Wildcats’ eyes on the state championship.

In 13 years at Arundel, her Wildcats had played in five previous state tournaments, but this young team finally snared the elusive prize, the first volleyball state championship in program history.

Yuscavage guided the Wildcats to the Class 4A championship and the final No. 1 ranking, earning Varsity Sports Network 2019 Volleyball Coach of the Year honors.  Also the Coach of the Year in 2017, she is the first female coach in VSN history to earn the award twice.

In the state final, however, Arundel mustered the strength to rally after losing the fourth set, carrying late momentum from that set into the fifth to polish off the match.

“It was an incredibly exciting and powerful moment.,” Yuscavage said. “I’ve said to so many people it was one of the best nights of my life because we’ve worked so hard for so long and to see everything we’ve worked for come together was very special.”

Yuscavage said she knew from the start her team had the ability to win the state title even though they had just four seniors and only one among their top five players.

“One of the first things I said the them was, ‘This is going to be our season. We are getting a state championship this season,’ so that was our expectation from the start,”Yuscavage said. “but that didn’t mean all the pieces were already there, so we were constantly saying, ‘If this is what our goal is, what do we have to do?’ and that sort of shaped our process moving forward.”

“If she saw that we were not taking it seriously, she would stop the practice and she would have a mini-talk with the team,” Gonzalez Medina said. “ She would say, ‘We’re playing this team next week and it’s not looking good for us,” meaning we’re not practicing well and we need to focus no matter how good we’re doing in the season. It would make her angry, because she knew we had the potential, we had all this talent to do all we want. That really helped us keep our focus.”

Yuscavage said the title run was a team effort, but she noted junior outside hitter Brooke Watts, who led the team in kills, along with Gonzalez Medina for her defense and leadership. She also pointed to senior Abrielle Scrivener and sophomore Zariah Ragler for their power in the middle,  senior right-side hitter Janelle Smith for her blocking and sophomore setters Abby Niles and Ashley Barnes.

During the regular season, the Wildcats swept 12 matches. Through the entire season, they lost just 11 sets. Six were to Broadneck. The loss to the Bruins in the county championship, however, might have been the catalyst to the state championship.

An English teacher at Arundel, Yuscavage has a career record of 185-47. She has guided the Wildcats to one state title, three state finals and two state semifinals since 2010.

VSN Volleyball Coaches of the Year