It wasn’t a masterpiece nor was it a good baseball game, to say the least, as Anne Arundel’s top two squads met for the County championship at Joe Cannon Stadium in Harman’s Tuesday night, but it was exciting.

The No. 4 Severna Park Falcons outlasted the No. 3 Arundel Wildcats, 12-9, in a game that saw the two Class 4A powers combine for 8 physical errors, several mental errors, mainly on guys getting picked off, and in general not making routine plays. The teams also combined to leave 20 men on base – 13 by Arundel.

Severna Park started its catcher on the mound and Arundel started its shortstop on the bump – saving arms for their respective playoff games on Saturday after each team drew a quarterfinal bye in the Class 4A East regional, Arundel the top seed and Severna Park the No. 2 seed.

The futility started in the first inning when each team scored a pair of unearned runs and they combined for five errors. If you had never seen the two before Tuesday night, you would be wondering how each has rung up their impressive overall records – Severna Park at 17-3, Arundel at 17-4.

Maybe there were better reasons for Severna Park getting it done – Arundel had won the regular season, a county record was at stake and a special relationship that would accomplish a rare feat.

It was the fourth consecutive county crown for Severna Park, tying the 1976 through 1979 Wildcat teams, and in a rare occurrence the championship team had a senior who played on all four teams with his dad as the coach.

Arundel under Bernie Walter reeled off those four titles in succession in the late 70’s and the legendary coach who owns the most state public titles (10) and the most career wins (609), is now an assistant coach to one of his former players in Frank Hood.

Severna Park standout Kody Milton, who is headed to the University of Maryland, and his father Eric, who starred at College Park as a left-handed pitcher before going on to pitch 11 years in the major leagues, is the Falcons’ coach. The two were in their glory presenting Kody’s mom an early Mother’s Day gift and Kody and Eric did their best to conceal their true emotions afterwards.

The winning father/son duo hugged afterwards in between post game interviews and were overheard telling each other, “I love you.”

They were savoring a moment that most all fathers and sons, who become coach and son, would love to experience, but few do.

“It’s pretty emotional being a senior and all my friends came to watch me tonight,” said a teared up Kody Milton afterwards. “I just play for my dad and my teammates, and it means a lot to come out and beat them (Arundel).”

It was seniors Kody and catcher/pitcher George Lesher who made it happen.

Milton had two hits, including an RBI double to deep left center in the spacious park in the first inning before singling in a pair in a four-run fifth and he pitched the final two innings giving up one hit no runs and striking out two to notch a save. He left the bases loaded. Milton got the win in the first league game between the two back on March 26 by 11-9 as he pitched a scoreless seventh at Severna Park.

Lesher pitched the first four innings before giving way to sophomore lefty Brendan Simonds and putting on the gear and catching the last three. He gave up four runs (2 earned), five hits, walked three and struck out five to get the win. With the metal bat, Lesher had two hits and an RBI in a six-run fourth inning. He started the big frame with a single to left and five hits would follow including a two-run knock by Nick Horgan.

“Oh, I’m a little sore, but a couple days rest won’t be bad. We don’t play until Saturday (4A East Section I semifinals). I should be fine,” said Lesher, whose second hit in the fourth inning drove in the sixth and final run. “I came out to go back and catch, keep me fresh so I wouldn’t be too sore on Saturday.”

Regular shortstop Moises Aristy pitched into the fourth with the Cats leading 4-2 for the Wildcats, getting the first two out on a pickoff and a strikeout. A walk, base hit by Drew Jefferies and hit batter loaded the bases and Arundel’s Coach Hood summoned sophomore reliever Cheddar Champ Wert. Falcons’ leadoff batter Nick Horgan greeted Wert with a two-run single to right.

Before the inning was over Severna Park cleanup man Brendan Simonds had also singled in two and Cameron Clark and Lesher drove in runs with three runs each charged to Aristy and Wert.

The latter would exit in the top of the fifth when the Falcons really took control of the game with four more runs.

A couple of Wildcat miscues and the big blow – Milton’s two-run single chased Wert and Dan Ownby replaced him going the rest of the way. The 12-4 deficit would be too much for Arundel to handle, but the Wildcats did make a run at it scoring three in the fifth and two in the sixth but leaving the sacks full. Moises Aristy (Noel Aristy is the centerfielder) drove a ball into the deepest part of centerfield where the fence is 410-feet away, but Jefferies was playing deep and easily tracked it to end the inning.

“I thought we came out a little tight and you can’t give a team like Severna Park a second chance, that’s tough because they hit one through nine,” said Coach Hood, whose Cats had tied Severna Park 11 days ago in the regular season at 1-1 with a 6-2 victory in Gambrills.”

Hood and his Wildcats are hoping for another shot at the Falcons and if both win their 4A East Sectional semi on Saturday, it will be Severna Park at Arundel (higher seed) on Tuesday. 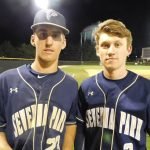 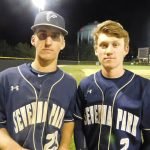 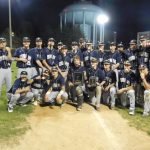 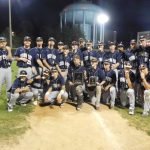 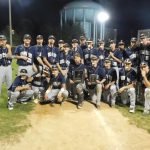 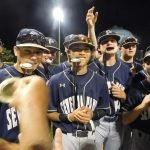 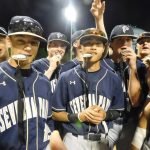 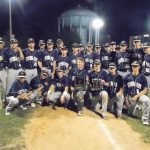 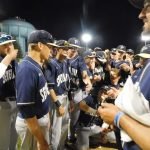 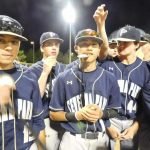 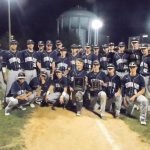 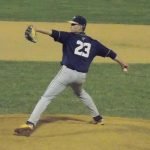 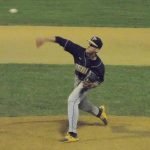 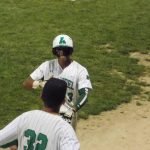 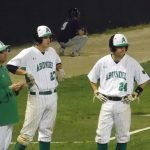 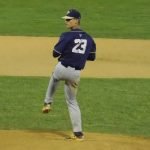 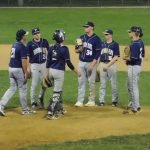 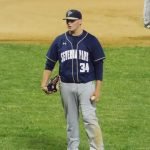 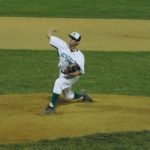 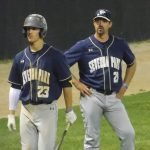 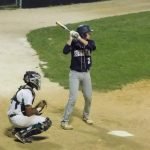 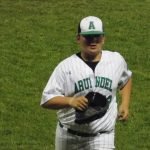