Severn knocks Gerstell out of first place in MIAA B 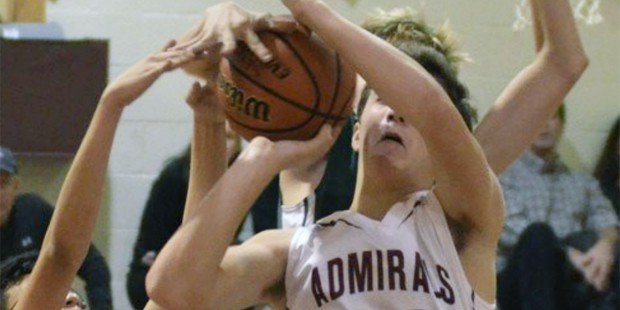 St. Paul’s moves in the top spot with a win over Indian Creek

Defending MIAA B Conference basketball champion Gerstell Academy entered Monday’s action with a slim lead atop the conference, but the 20th-ranked Falcons suffered a 54-49 road loss at Severn. That combined with St. Paul’s 50-38 home win over Indian Creek, vaulted the Crusaders into first place, a half game in front of Gerstell, as the regular season moves into the stretch run.

Severn, meanwhile, inched closer to the top of the standings, as the Admirals (11-8 overall) improved 7-4 in the league. They currently sit in fourth place, a game back of third-place Archbishop Curley, which defeated Chapelgate Christian, 72-45, on Monday.

AJ Burch powered the Severn offense with 19 points, while three other Admirals reached double figures in the upset. Mo Terry and Owura Berko netted 11 points each and Eric Wisnom added 10.

In its victory, St. Paul’s bounce back from a sluggish first half in which it scored just 17 points. Fortunately, the Crusaders were dominant throughout on the defensive end. St. Paul’s, which trailed by one entering the third quarter, limited the Eagles to just four points in the third and took a nine point lead.

As usual it was Ziggy Reid and Troy Barthleme leading the charge for the Crusaders (15-7, 10-2 MIAA B). Reid had a powerful double-double with 13 points and 15 rebounds, while Barthleme netted 16 points.