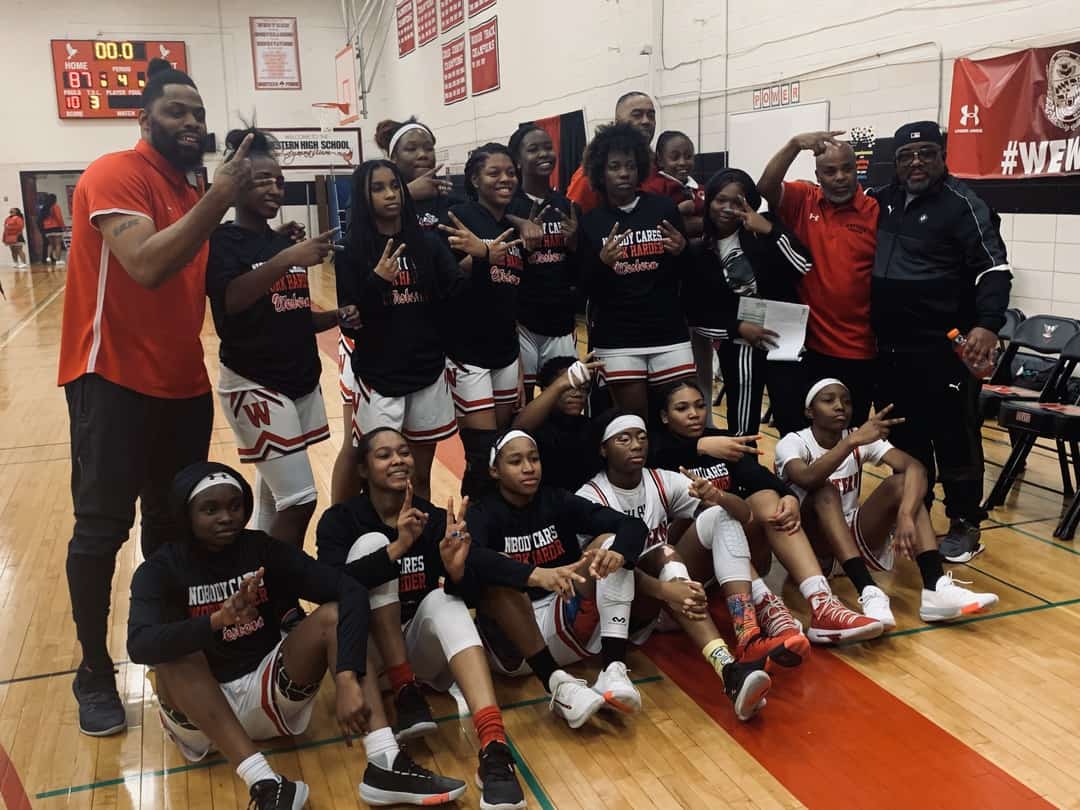 Western is back in the Class 4A state girls basketball semifinals after beating Montgomery County’s Clarksburg in a state quarterfinal in Baltimore City. The Doves next play undefeated and second-ranked Howard, Thursday at Towson University.

The No. 8 Doves are headed back up York Road, thanks to an 87-69 victory over Montgomery County’s Clarksburg in Baltimore City.

Western (20-4 overall) will play undefeated and No. 2 Howard in a state 4A Final Four match, Thursday afternoon at Towson University’s SECU Arena. The Lions ran their mark to 25-0 with a rout of Prince George’s County’s Parkdale in an 4A Elite Eight match in Ellicott City.

After winning its first region title since 2002 with a thrilling overtime victory over Patterson Mill Wednesday, Bohemia Manor’s magical run ended with a 36-23 loss to Prince George’s County’s Surrattsville in Cecil County.

The Hornets quieted Bohemia Manor’s faithful with four 3-pointers in the opening quarter for a 14-9 advantage. Surrattsville methodically extended the lead against the Eagles (18-6), gaining its first state Final Four berth since 2009.

The Hornets (18-5) will play National Academy Foundation or Southern-Garrett, Friday evening at SECU Arena. NAF, which entered the postseason with five victories, look to pull off another surprise Saturday afternoon in Western Maryland.

Friday in Easton, Marriotts Ridge’s valiant comeback came up short as Easton advanced with a 52-47 victory in a 3A Elite Eight match.

Trailing by 14 points with about four minutes left in regulation, Marriotts Ridge (18-8) closed to 49-47 after a 3-pointer from Kendall Bryan with less than a minute remaining.

The Howard County school regained possession with a chance to tie or take the lead with 40 seconds left. But Easton’s Lily Osborne stole the inbound pass and went down court for a layup, dousing Marriotts Ridge’s bid.

Myia Jeter finished with 16 points for Easton (25-1), which advanced to its first state Final Four since 1994 and will play three-time defending state champ Frederick in a 3A state semifinal Thursday evening at Towson University. Osborne, a junior, added 12.

Bryan finished with 14 points for Marriotts Ridge, seeking its first state Final Four berth since 2017. The Marriottsville school led 26-20 at halftime before Easton got control in the second half.

Frederick County wasn’t too kind to Bel Air and Liberty. The UCBAC Chesapeake champion Bobcats had no answer for Lily Bubakar.

Bubakar had 36 points and 15 rebounds as the defending 3A state champ Cadets rolled to a 58-31 decision. The Cadets held Bel Air scoreless in the second quarter to build a 30-13 advantage.

Liberty dropped a 70-46 decision to Middletown in a 2A state Elite Eight match. Rachel Thiem led the Lions (17-8) with 21 points.

But like Bel Air against Frederick’s Bubakar, Liberty was overwhelmed by Saylor Poffenbarger. One of the nation’s top underclassmen, the 6-foot-2 UCONN commit posted a triple-double of 32 points, 11 rebounds an 10 steals.

The Lions led 19-9 after the opening quarter, then Poffenbarger and Middletown (25-1) kicked into hyper drive, leading 57-31 midway through the final period. Middletown will play 19th-ranked Forest Park, Friday afternoon at Towson University.

No. 15 Severna Park’s bid for a first state Final Four was derailed in Prince George’s County as Charles H. Flowers won, 55-34, in a 4A Elite Eight contest. Kaniyah Harris finished with 27 points for the reigning 4A state champs (24-1), ranked No. 6 in the District region by the Washington Post.

The Falcons, which claimed their first region title since 1988, finished 18-6 on the season. The Jaguars will play Montgomery County’s Churchill in a state 4A semifinal Thursday afternoon at SECU Arena.

Coppin Academy is going back to SECU, thanks to Aniya Hills. Hills basket in overtime lifted the Eagles past Frederick County’s Catoctin at Coppin State College.

Kayla Henderson finished with 22 points (six in overtime) for Coppin (18-5), which rallied from a 10-point deficit in the fourth. Nyshae Weaver added 13.

“This road was the toughest so we are ready,” said Hardy. “We 3-peat as region champs but this time we must win. We’re not satisfied with just making it.”

It will be an all-Baltimore area affair with Howard and Western meeting in the 4A state semifinals. The Lions gained their first state semifinal since 2011 with a 56-17 decision over Prince George’s County’s Parkdale.

Gabby Scott and Camille Malagar each scored 11 points for the Howard County champs, who led 25-1 after the opening period. The Lions led 43-11 at halftime.

“The second half energy was great we needed that,” said Doves coach Kenneth Johnson. “We had to dig into them at halftime about playing to their potential.”

“Our chemistry is there,” said Pryor. “There’s no selfishness, we all have the same goal. We all want that ring.” 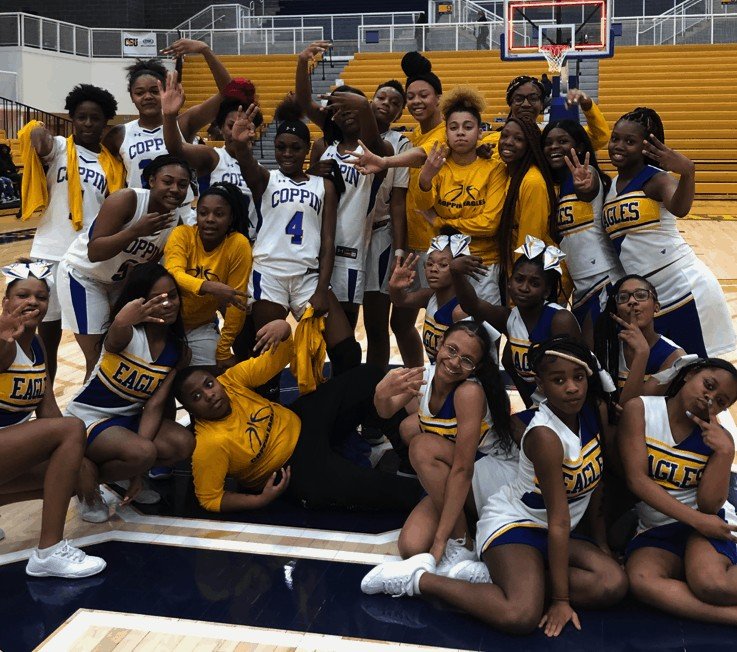