Scorpions win The Battle of the Mills

No. 18 Oakland Mills comes from behind to top Owings Mills in 2A state football quarterfinals 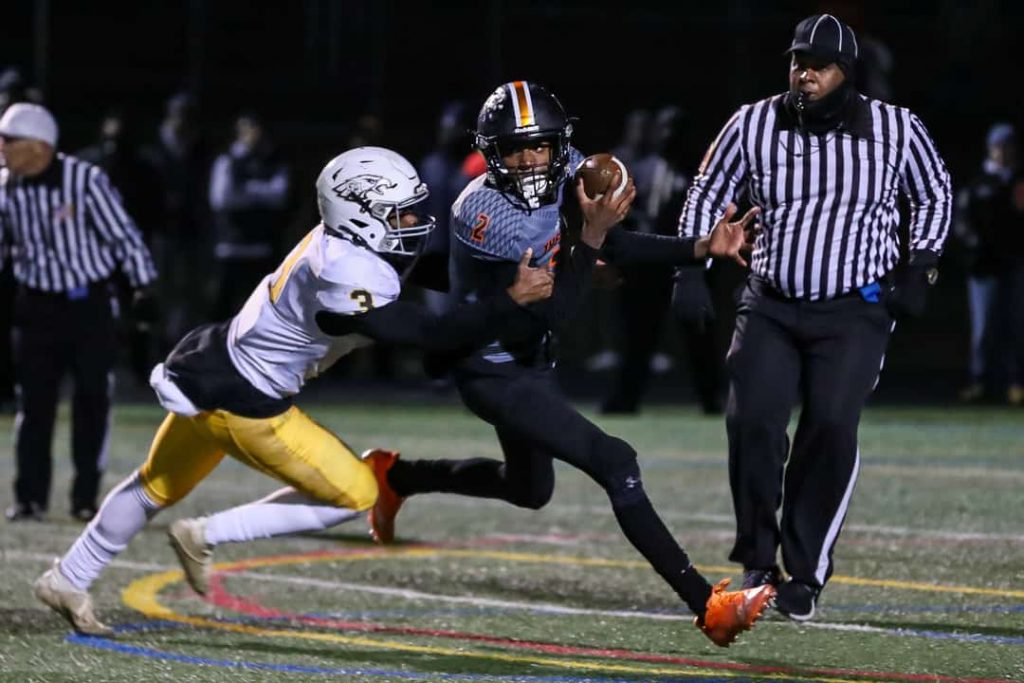 Trailing 14-8 entering the fourth quarter, in its 2A football state quarterfinal contest with No. 19 Owings Mills, Friday night in Columbia, the Oakland Mills High football team scored a pair of unanswered touchdowns and pulled out a 22-14 victory on its home field.

The 18th-ranked Scorpions (10-1 overall) tied the game on a 52-yard touchdown run by Kanye Holland, but missed the extra-point kick which would have given them the lead. However, Oakland Mills went for an onside kick and recovered it, setting up a 21-yard touchdown run by Shane King, with John Tatum adding a two-point conversion run.

Early on the game was back and forth, as Owings Mills took a 6-0 lead on a 2-yard Wesley Beckett run in the first quarter. The Scorpions answered with with a 22-yard TD pass from Holland to Aki Harvey, as well a two-point conversion run from Holland to grab an 8-6 advantage, in the second quarter.

Late in the third quarter, the Eagles went back in front when Amari N’namdi scored on a 30-yard run. Owings Mills added the conversion run and led 14-8.

The Scorpions, who last reached the state semifinals in 2001, will host Douglass of Prince George’s County next Friday with an opportunity to play their way into the 2A state championship game at Navy. Douglass advanced with a 20-14 win over Kent County.