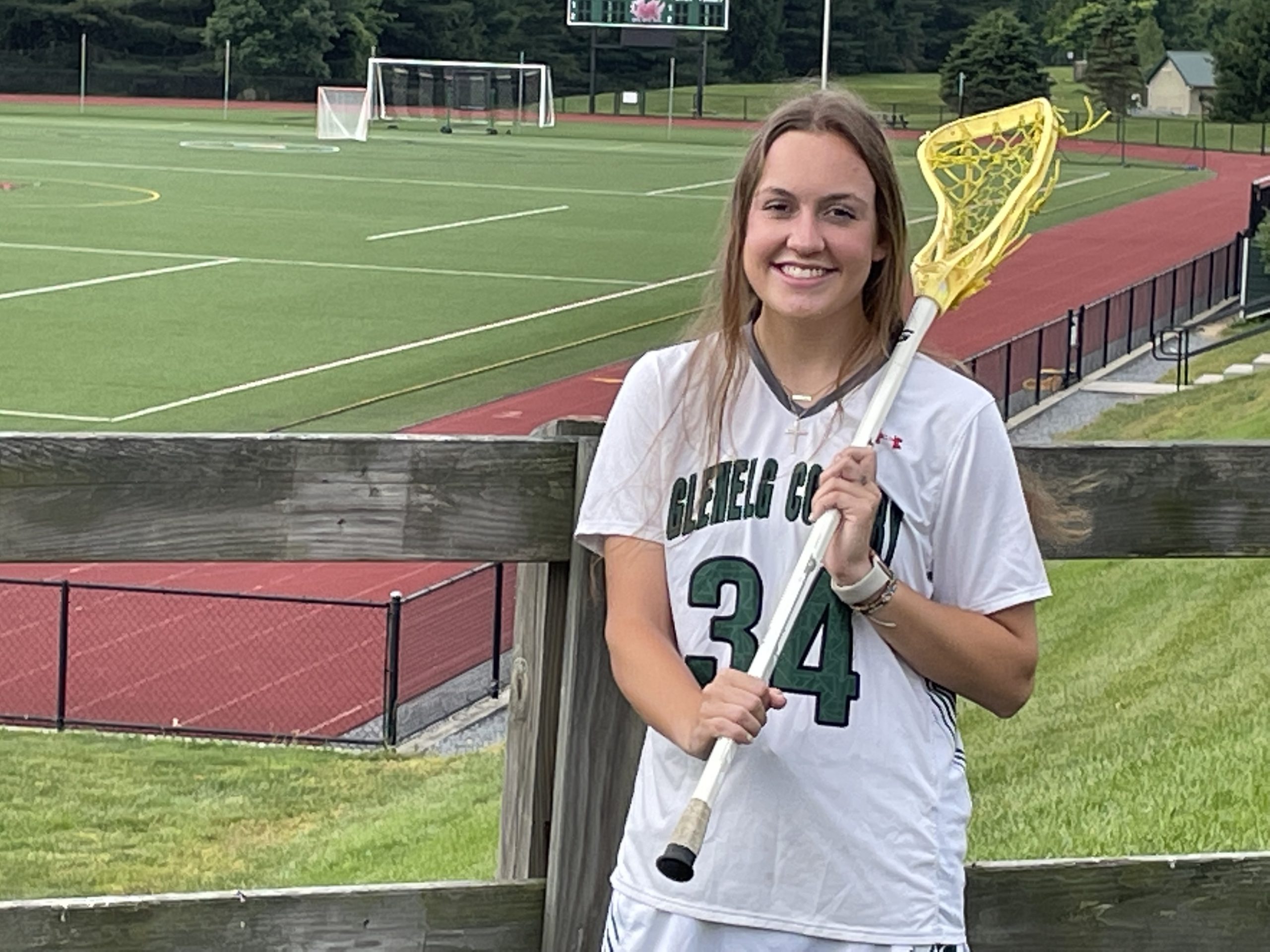 The senior is equally adept at finishing and at feeding, contributing 121 points — 54 goals and 67 assists — this spring. That’s an average of 6.4 points per game.

With her remarkable vision, quick stick and high lacrosse IQ, Marszal quarterbacked the No. 2 Dragons’ offense, often feeding her teammates from behind the goal. She led Glenelg Country to the IAAM A Conference title game and to the No. 3 ranking in the Nike/USA Lacrosse Girls High School Top 25, both first-time achievements for the program.

“You had to shut her off, because she’s the catalyst of everything they do,” Notre Dame Prep coach Mac Ford said. “I thought Jaclyn was so good with the ball in her stick. She distributes the ball so well, she makes everyone around her better. In our eyes, she was the most devastating player.”

In the best offensive performance of the season, Marszal rolled up 14 points — eight goals and six assists — in a 20-7 regular-season win over No. 1 St. Paul’s. That victory earned the Dragons (17-2) their first No. 1 national ranking until the Gators got their revenge in the A Conference championship game.

“Consistently throughout the season, she played phenomenally,” Dragons coach Paige Walton said. “She didn’t have a huge game in the championship although she did score a goal, but from the beginning, I thought Jaclyn stepped up and had great games against the top teams in the IAAM.”

For a team that started the season ranked No. 10 nationally and rose to No. 3, Marszal said the Dragons have much to be proud of even without winning the title.

“It means a lot just to be able to end the season with such a high ranking with all my best friends. It’s just so cool. We’ve grown up playing together and for that to be our last run together, we’re so proud of that. It just means a lot. It’s something we’ll remember for the rest of our lives,” said Marzsal, who as a triplet shared the season with her sisters, Stephanie, the Dragons’ goalie, and Jamie, their manager and scorekeeper.

An Under Armour All-American who will play at the University of Notre Dame next year, she started her career as a midfielder, but she never enjoyed running the full field and found her niche on attack.

“I love to feed. I’d rather feed all day than go to goal,” she said. “My ability to be quick and find people who are off guard or who aren’t set up, I feel like that’s when I really excel.”

But she can also be deceptive and slip past a defender to score a goal. With a lot of potential targets for her assists, Marszal never let a defense feel comfortable.

“She moves a lot, kind of just non-stop, so you never know if she’s going to drive or feed to someone,” said St. Paul’s defender Madison Beale, a Sky Walkers club teammate of Marszal’s.  “She also can take no-angle shots that, like, you’d expect no one to make. Her moves are just very unexpected. You have to be ready at all times.”

Marszal said she felt that, as a senior, she had to be the person to step into the leadership role, but she also looked to her teammates to decide how to attack an opponent.

“Communication is super important,” she said, “just talking to everyone and seeing what’s working, what’s not working, what they see, like, from their point of view. Seeing where the slides are coming from and what we can try and do better or change, in-game adjustments, just being vocal and encouraging. Definitely, communication is the key.”

Marszal, who also played soccer for the Dragons, intends to major in psychology and she’s been interested in the subject for a while, particularly how it pertains to athletics.

“As an athlete, I’ve always had a little bit of anxiety and a lot of stress sometimes. I want to be able to help people like me. The goal is to be a sports psychologist or a therapist or counselor, something like that.”

Marzal first became interested in sports psychology after reading the book “What Made Maddy Run” by Kate Fagan, about a successful college athlete who took her own life.

She realized just how passionate she was about psychology and sports after spending a year exploring the subject to write her senior research paper, “The Mental Health Hurdle: The Obstacle Facing College Athletes.”

“I was really struck by some of the statistics and researching how more athletes struggle with mental health issues than you’d think. Also just researching sports programs and athletic departments, like, do they have a sports psychologist, who does, what’s the set up of it within the system at the school. A lot of research, just pulling from different fields with data from the social perspective and the psychological perspective.”

Before she heads off to Notre Dame in August, Marszal plans to play in Vail and also head to the Outer Banks for a kind of send-off family vacation with Stephanie (Delaware) and Jamie (Loyola Maryland) also heading to college later this summer.

However, she will play one final high school game after being selected for the Under Armour All-America Game at Johns Hopkins’ Homewood Field on July 30 along with Glenelg Country teammate Maggie Weisman.

“I’m just so excited to play with some of the teammates that I’ve played with in the past like from McDonogh, NDP, St. Paul’s and to be able to play with Maggie one more time. I’m super excited for the whole experience. It’s supposed to be a fun game where we can just play together and kind of celebrate our high school careers but also get ready for the next chapter.”