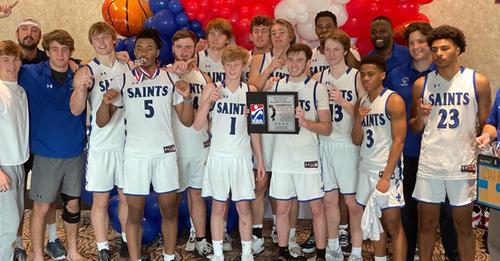 No. 17 St. Mary’s shutdown Wisconsin’s Wassau West in the final

No. 17 St. Mary’s went four-for-four during its holiday trip to Orlando, winning a tune-up game on Sunday, before sweeping three straight contest in the KSA Holiday Tournament to bring home a championship. In Wednesday’s final, the Saints defeated Wassau West from Wisconsin, 49-33.

As he did all week, Jacob Aryee led the way for St. Mary’s, scoring a game-high 17 points in the final and earning Tournament MVP honors.

Another MVP was the Saints’ defense, as they made life difficult for Wassau, especially in the second half when they limited their foes to just 12 points.

Peyton Preston added 11 points and 6 assists in the final, while Audric Washington took down 10 rebounds.