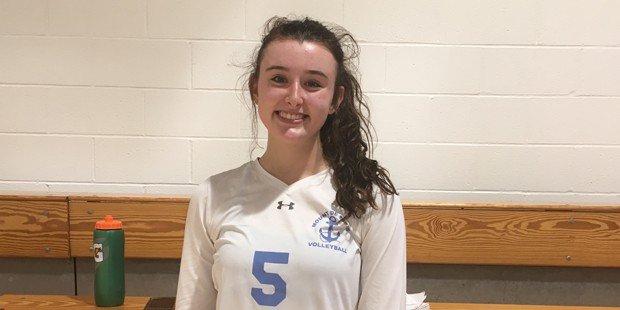 Apparently, Mount de Sales star Mary Grace Goyena was just getting warmed up in the first set of an IAAM A Conference volleyball showdown against 10th-ranked St. Paul’s School for Girls on Monday night in Catonsville.

The 6-foot-1 junior outside hitter, who just announced her commitment to the play the sport at the University of Pennsylvania in two years, had “only” five kills in the Gators’ 25-22 win.

Moreover, Goyena’s .510 hitting percentage was off the charts, considering that a .300 success rate is considered very good for an outside hitter and .a .280 clip would be more than acceptable.

“That’s the best I’ve ever seen Mary Grace play,” said St. Paul’s coach Steven Fix, whose team tasted defeat for the first time this season after rattling off five straight wins to open the campaign. “Last year when we beat them, we did a good job of stopping her line shots. But tonight she was hitting a lot more cross-court shots.” 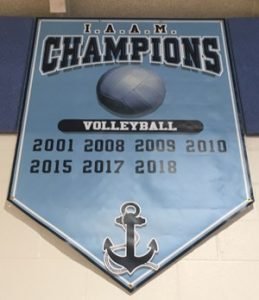 As the 2019 season progresses, the Mount de Sales volleyball team will seek to win its fourth IAAM A Conference title in the last five seasons and its eighth overall.

Abby Snyder had a terrific all-around match for the Gators, with 29 assists, 11 digs, six kills and four aces.

In the end, though, the night belonged to Goyena, who said that she was “pretty sure” that her kills were a career high.

Fittingly, her 31st and final kill closed the match with an authoritative right-handed swing after high-pointing the ball.

“It was really a product of the whole team — all the passes, all the sets,” Goyena said. “It was a culmination of everybody working together, a great team effort and shows how much work we’ve put in.”

She was quick to point out the role her setter, Wallace, played in the contest.

“Grace was a backup last year,” Mount de Sales coach Gary Troy said. “But she’s done a great job this year and answered the bell way more than we expected.”

And Goyena said that St. Paul’s played well in the first set, especially on the service line.

“They got us out of our groove,” she said. “But then we adjusted to them.”

The Sailors had built an 8-3 cushion early in the first set before St. Paul’s came back to tie the score five times until Eliza Boyce’s ace tied score at 18-18 and Abby Mudd’s kill gave the Gators the lead for good.