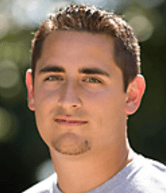 Ruggerio spent eight years as the head at Wilmington (2008-2015), a Division II program, where he was twice named the Central Atlantic Collegiate Conference (CACC) Coach of the Year. In addition, the Bel Air resident is the CEO and Director of Top Flight Sports Soccer Camps and spent the 2016 season as an assistant girls’ soccer coach at Harford Tech High School.

Clemmer leaves Bel Air after 10 seasons, where he went 111-44-10 and led the Bobcats to the 2015 Maryland State Championship.

“I am really excited that the Bel Air girls’ soccer program is getting such a highly qualified, experienced coach,” said Clemmer. “I have worked with Coach Ruggiero in the past, and I know that his style will fit the program and the players perfectly.”

“We kind of had an idea that our days with Coach Clemmer were numbered once he finished his administration certification, so I began putting together the qualifications what I would look for with a new coach for this program,” said Bel Air athletic director Tony Blackburn. “After the outstanding job that Coach Clemmer has done in making this one of the top high school girls’ soccer programs in Maryland, I knew that I was going to be looking for someone with a college coaching background, but also had an understanding of the local soccer community and an appreciation for the challenges of coaching on the high school level. I can honestly say the Coach Ruggerio clearly meets all of those qualifications. I am very excited to begin working with him.”

“I am extremely excited for this amazing opportunity to take the reigns of a program with so much history, success and future promise,” said Ruggerio. “It’s truly an honor to help these players and this program try to accomplish all that is in front of us. Coach Clemmer has really built something special here and I can’t tell you how much I’ve valued his support and friendship over the years and especially through this process.

“The decision was not as easy as some would think though. I will be moving on from a great program that is Harford Tech and Coach Matt Berg. Everything about that school and program is first class and I cannot thank them enough for the time that I was lucky enough to spend with all of them. Moving forward though I want to use my previous coaching experience to help this Bel Air program remain one of the top programs in the state for many years to come, help these players achieve their goals both on the field and in the classroom, be very active members in our community and represent Bobcat Nation with pride, purpose and class. We have high expectations going into 2017 and now it’s just time to get to work. This is going to be an exciting time for me and my family and I’m looking forward to all that it will bring.”