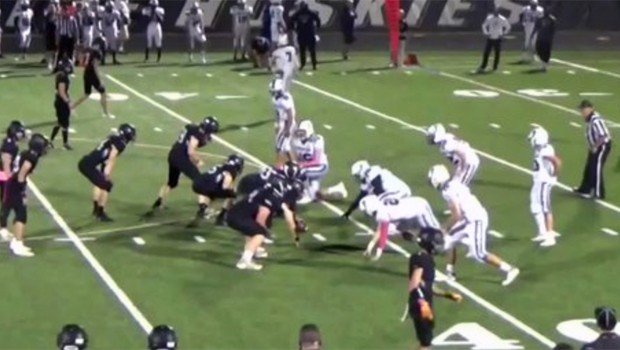 Coming into Friday’s home game with Perryville with just one win during the 2021 season, Patterson Mill appeared to be an underdog against a Perryville squad which had won 3-of-4 in UCBAC Susquehanna league play, but appearances can be deceiving.

Rohal completed 11-of-19 passes for 116-yards and a score, but he did most of his damage on the ground, carrying 25 times for 207-yards and three touchdowns.

Junior running back Theo Druyor also had a strong performance in the rushing attack, gaining 71 yards on 15 carries and scoring a touchdown.

Ethan Pridgen caught six passes for 40 yards and senior Jonah Vujanic had an excellent all around game. Vujanic caught two balls for 54-yards and a touchdown, while also scoring a 57-yard interception return.

Perryville (3-4 overall) dropped to 3-2 in the UCBAC’s Susquehanna Division where the Panthers sit in third place.