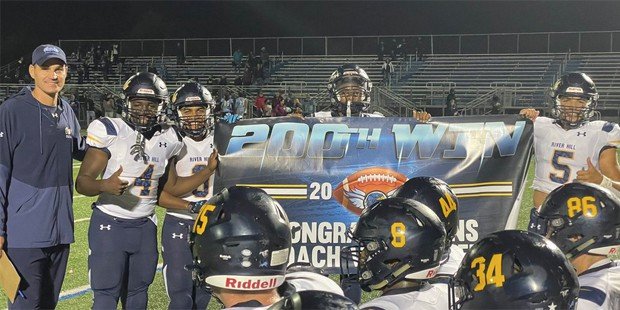 Among those 200 victories are wins in four state championship games and a stretch of 10 consecutive seasons with 10 wins or more.

River Hill is now 4-1 and the Hawks have won four straight since a 14-7 season-opening loss to Long Reach which remains unbeaten.