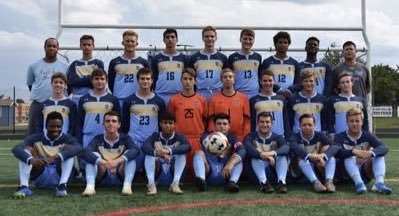 AACS, Archbishop Spalding and South Carroll each debut, while teams shuffle positions throughout the poll

The first week of the 2019 boys soccer season has seen a few flips and turns, as the several of the top teams have already taken a negative result. One team which has not, however, is this week’s new No. 1, River Hill, as we announce our 2019 VSN Boy’s Soccer Week 1 Top 20.

The Hawks pounded South River, 8-0, in their only match thus far and have taken advantage of two losses by previous No. 1 McDonogh, to move up to the top slot. The rest of the Top 5 has shuffled as well, with Gilman moving from No. 4 to No. 2, McDonogh dropping to No. 3, Archbishop Curley leaping from No. 8 to No. 4, and Calvert Hall, which lost to Curley, sliding from No. 3 to No. 5.

As is often the case early in the season, there was a few adjustments all throughout the poll and the back end saw three new entries in No. 17 Annapolis Area Christian, No. 18 Archbishop Spalding and No. 20 South Carroll.