As the only league to produce two state championship squads — C. Milton Wright  in Class 3A and Bohemia Manor in 1A — last spring, the Upper Chesapeake Bay Athletic Conference (UCBAC) enhanced its reputation as a softball powerhouse.
And considering that the UCBAC is also located in a region that also boasted the best team — John Carroll School — in the top private school league in the Baltimore metropolitan area, the Interscholastic Athletic Association of Maryland A Conference, it’s no wonder that the folks in Harford and Cecil counties are justifiably proud of their teams’ dominance on the diamond.
Because Bo Manor and John Carroll were led by freshmen phenoms in 2017, both squads are once again strong choices to repeat in their respective leagues.
Farther south, Archbishop Spalding and Mount de Sales Academy look to challenge the Patriots in the A Conference while Eastern Tech, Hereford, Lansdowne and Dulaney square off for Baltimore County bragging rights.
Severna Park, Arundel and Northeast and Southern have the edge in Anne Arundel County the same way that Howard High and Glenelg appear to be Howard County’s frontrunners.
Look for South Carroll to take the lead in Carroll County.
Pictured above: Bo Manor put together a compelling run to its first softball state championship in 22 years last spring. The Cecil County school is No. 1 in VSN’s preseason Top 20 poll.
Here is the entire 2018 Preseason VSN Softball Top 20:

Here you can create the content that will be used within the module.

Editor’s note: An earlier version of this release incorrectly labeled No. 1 Bo Manor as Rising Sun. VSN regrets this error.

On deck: Penta’s performance in the circle last spring (21-2, 244 K’s, 0 ERA in over 100 innings) makes the Class 1A state champs the team to beat in the UCBAC. Senior outfielder Amber Keene gives heft to the lineup.

On deck: Minus a midseason slump, the Mustangs might have finished the season No. 1 after claiming the Class 3A title last May. With Murphy providing a strong arm and Cisco a big bat, Wright could be right back on top in 2018.

On deck: Seven-time defending Baltimore County champ Mavericks hoping to break through with state title in May.

Player to watch: Emma Ritter, sophomore, outfield
On deck: Ritter, last spring’s VSN Player of the Year as a freshman, looks to avoid so-called sophomore slump and return John Carroll back atop the IAAM A Conference.

On deck: After back-to-back East Region titles, Eagles look for another deep playoff run in 3A state postseason.

On deck: Longtime assistant Kenny Magersupp hopes to lead Sailors back atop IAAM A Conference after taking coaching reigns from retired Pete Waskiewicz.

Final 2017 VSN Top 20 rank: #10
Final 2017 record: 16-6
Player to watch: Campbell Kline, junior, shortstop
On deck: The Falcons seek redemption this spring after being derailed by Arundel the past two 4A East Region playoffs.

On deck: Wildcats look to for a return trip to the 4A state semifinals.

On deck: Led by all-league performer Dustin, the Gladiators will challenge again for supremacy in Howard County.

Player to watch: Madison Gemmill, junior, catcher
On deck: The Eagles will challenge in IAAM A with battery of Gemmill, a Virginia Tech commit and sophomore pitcher Kearstyn Chapman.

Final 2017 rank: #11
Final 2017 record: 15-5
Player to watch: Amanda Criss, senior, pitcher
On deck: With Criss back, the Bobcats should hold their own in very competitive UCBAC.

On deck: Nine returnees will have Bulldogs in the hunt in Anne Arundel County. 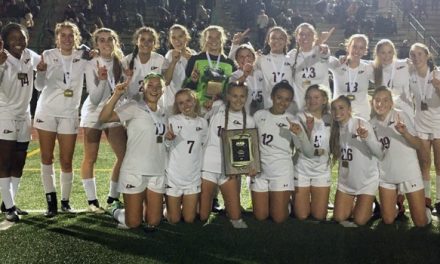