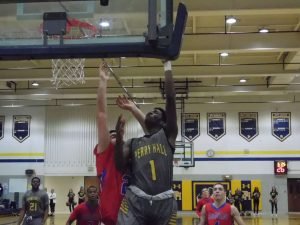 DJ Cloude has a chip on his shoulders, and it’s about the size of Perry Hall High. The Gator guard has been myth about the lack of attention his team has received this season, even from his classmates.

The Gators picked up their defensive work rate in the second half, handing Lansdowne (10-3) its first division loss (6-1). The top finisher in Division II will play Division I’s top team for the Baltimore County crown next month at SECU Arena.

Perry Hall won back-to-back Class 4A state titles (2017 and 2018), led by LaQuill Hardnett, Anthony Higgs and Tyler Holley. Hardnett and Higgs are now at the University of Cincinnati and Illinois, respectively, and Holley is at Morgan State playing football.

Another starter, Anthony Walker, transferred to Brewster Academy in New Hampshire during the offseason. Walker is committed to Miami.

Cloude, a 5-foot-9 guard, is the lone returning Gator starter. The home stands at Perry Hall, often filled for junior varsity games in advance of the varsity the past three seasons, are now half-full.

“Not many people come to our games any more…people are like there’s no ‘Showtime,’ but we still got two state championships,”  said Cloude. “We’re still here.”

“We don’t care what other people think. We play every game like it’s our last,” said sophomore guard Toby Nnadozie.

“It’s a different game,” said Perry Hall first-year coach Joe Carlineo, who replaced George Panateogou, who stepped down last spring and now is an assistant at Mercy where his daughter plays. “We had our bumps at the beginning. We’re quick…when you lose that height you got to be faster and we got a couple of good outside shooters.”

Trailing 21-20 at half, Perry Hall went on a 23-4 run in the opening six minutes of the third to cease command. Cloude got the momentum flowing with a steal and dunk, and Nnadozie capped the surge with a steal in the paint and quick slam.

“We started yelling at each other about our offense, but we were like we’re doing good on defense, so let our defense turn into our offense,” said Cloude.

“We knew we had to keep out of transition which we did in the first half,” said Lansdowne coach Greg Karpers. “We didn’t do a good job in the second half. They turned up the energy with their quickness. I didn’t think we had that step tonight we’ve been playing with.”

With the head-to-head tiebreaker over Lansdowne and Chesapeake-Baltimore County (6-1 Division II), Perry Hall controls its destiny in Division II. The Gators won its first county championship in 2017, followed by its first state title.

“All week we said if we beat them [Lansdowne], we’re going to Towson. Game-by-game, week-by-week, it’s Towson,” said Cloude. “We lost a chance last year, but we came out with a state championship. We’re going to rewrite history, maybe in a different way.” 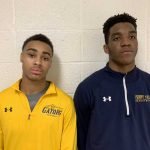 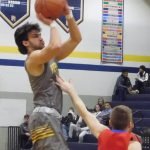 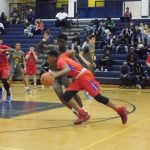 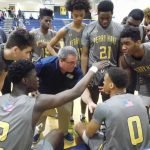 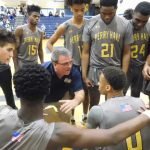 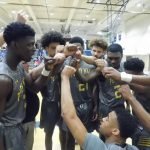 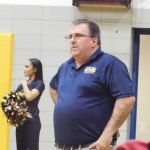 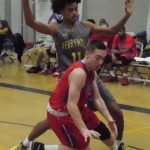 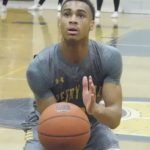 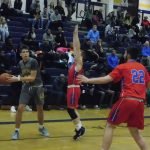 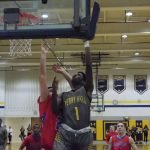 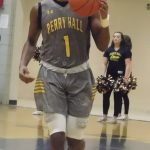