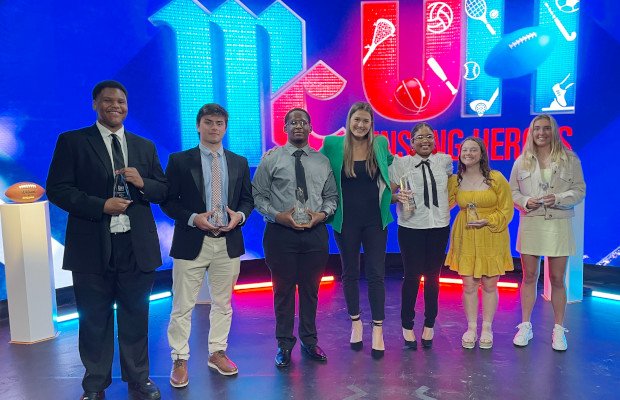 A total of six scholarship winners, winning $105,000 in college assistance, were announced at Monday’s virtual event 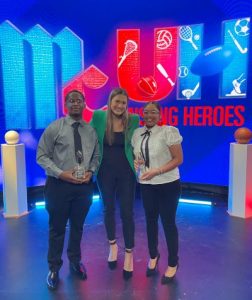 In all, 98 Unsung Heroes were honored for their unselfish and substantial contributions to the success of their teams. The evening also included a congratulatory message from Victoria Garrick, a former Division I volleyball player, TED Talk speaker, podcast host and mental health advocate.

Uben is a member of the women’s volleyball team at Reginald Lewis. When her team needed a middle blocker and setter, she stepped in without hesitation or prior experience to benefit the team. When presented with challenges, Uben consistently put in extra effort to master any new skill to make the team better. She is known for being the team’s cheerleader, often writing letters of encouragement to her teammates, despite having English as a second language.

In the words of her coach, “She is the ideal teammate when it comes to unselfish team play.”

Beckett, a member of the football team at Owings Mills, made sacrifices for the team on and off of the football field. During the pandemic, when the team was down an offensive lineman, he volunteered to play because he knew it was the best thing for the team, despite his desire to play running back. Beckett is described by his coach as “the ultimate teammate and student-athlete since he stepped on the campus four years ago.”

When a freshman teammate was having difficulty transitioning into the football program, Beckett guided him through drills and gave academic advice to ensure his teammate’s success.