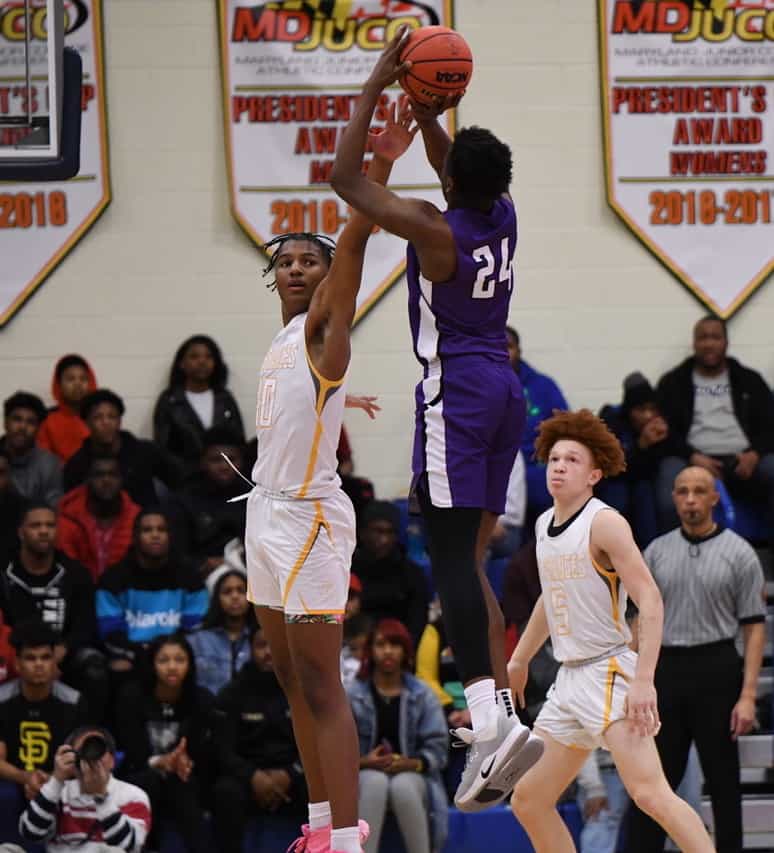 St. Frances Academy’s Julian Reese, arguably the area’s top junior boys basketball player, has made a verbal commitment to the University of Maryland. Reese made the announcement on his Instagram page Sunday afternoon.

“Happy Mother’s Day Ma, I’m going to college for free! Pack your stuff and move down College Park to see both of the stars you created,” Reese said.

If he finalizes his pledge with a national letter of intent in November (early signing period) or next April (regular period), Reese will join older sister, Angel, in College Park.

Angel Reese, VSN’s Girls Basketball Player of the Year this past season and the nation’s No. 2 player by ESPN, will be a freshman in the coming season for the Terps’ women squad.

Reese, who transferred from New Town, was the BCL’s Defensive Player of the Year. He’s rated 104th nationally in the Class of 2021 by 247Sports.com, and No. 108 by Rivals.com. He’s 21st nationally among power forwards by 247Sports and Rivals.