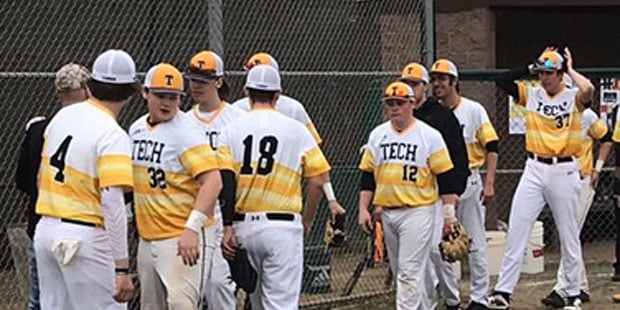 Cobras go on the road and defeat Perryville, 2-0

It was a pitchers duel on Friday at Perryville and Harford Tech’s Nate Reed won the battle as he pitched a complete game two-hit shoutout to earn the victory, his fifth of the season.

The Cobra offense was led by Ryan Hunt who went 2-for-3 with a single, double and one RBI. TJ Kobert added a double and a run scored and Conor Henderson was 1-for-3 with an RVI.

Juniors Austen Bowman an Seth Bolton had the lone hits for Perryville.

Cobras go on the road and defeat Perryville, 2-0