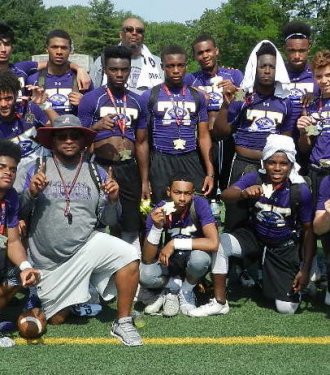 After a breakout 2016, Long Reach High’s football team’s 2017 aspirations got a boost Sunday. The Lightning won their bracket at the Ravens 7-on-7 Passing Jamboree at St. Paul’s School.

Last year, no local teams won a winners’ bracket at St. Paul’s or Frederick’s Tuscarora, which will host the second 64-team session this coming Sunday.

Because of renovations at M&T Bank Stadium, there won’t be a championship final this year. Long Reach and Smyrna players and coaches received medals Sunday, as will the two bracket winners at Tuscarora this weekend.