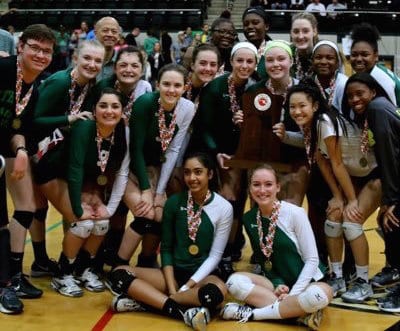 Atholton is No. 1 in VSN Volleyball Top 20

After an unlikely run to the Class 3A state championship and the area’s No. 1 ranking in 2016, Atholton High has the top-ranking in the first VSN’s Volleyball Top 20 of 2017. The Columbia school is one of three Howard County programs in the Top 5.

After finishing the season unranked, Archbishop Spalding, Broadneck, Century, Dulaney and Liberty highlights the next 10. Seventeen public schools are featured in the preseason poll.

Pictured above: Atholton was all smiles after winning the Class 3A state volleyball title last fall at the University of Maryland. The Howard County school is VSN’s preseason No. 1 squad for 2017.

Side-out: Wildcats appear to be the team to beat in Class 4A.

Side-out: The Seahawks have been snakebitten the last couple of seasons, but hope to finally breakthrough in 4A East Region playoffs.

Side-out: Having a superb setter has been a trademark for Eagles coach Mike Bossom, and Przybla is special enough to lead the Eagles to big things in 2017.

Side-out: Gators will challenge Notre Dame Prep for the IAAM A Conference crown.

Side-out: The Blazers lack experience, but will challenge for another IAAM A Conference championship.

Side-out: Falcons appear to be in a rebuilding mode, but their winning tradition will ignite them.

Player to watch: Jillene Widener, So., outside hitter

Side-out: With returning Carroll County Player of the Year Widener back, Owls are the team to beat in Carroll.

Side-out: The Cecil County power yearns for another chance at 2A state crown after heartbreaking five-set loss in 2016 state final.

Side-out: Bruins looking to keep up with Arundel and South River in Anne Arundel and Class 4A East Region.

Side-out: The Vikings will again be in the mix in Howard County and their region.

Side-out: The lions aim to regain status among area’s elite after a somewhat rare offseason in 2016.

Side-out: Veteran coach Scott Rombach (20th season) is counting on Crouse to guide the Cavs to contending success in the IAAM A Conference.

Side-out:  The young Generals hope to develop a strong cast around Mandreja as the season goes on.

Side-out: Bonzelet, a  four-year starter, looks to use her experience and talent to lead the Knights in Carroll County and possibly beyond.

Players to watch: McKenna May, Sr., middle hitter; Maggie May, Jr., outside hitter

Side-out: The May sisters “may’’ lead the Bulls on a serious run in Baltimore County and their region.

Side-out: Jones, an inspirational leader and her Panther mates hope to get back to the 1A final and their tough UCBAC schedule only enhances that chance.

Side-out: With their twin towers in 6-foot-3 Chukwujekwu and 5-11 Omelewa storming the net, the Gators hope to be a force in Howard County and 3A East Region.

Side-out: Mike Rainbow is back as Lions coach and will be counting on a solid nucleus, led by co-captains in Eckels and senior outside hitter Taylor Fowlkes. 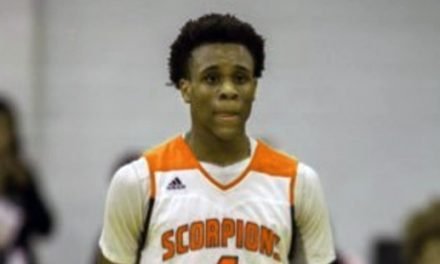 Five from MIAA competing on FCA U18 national team