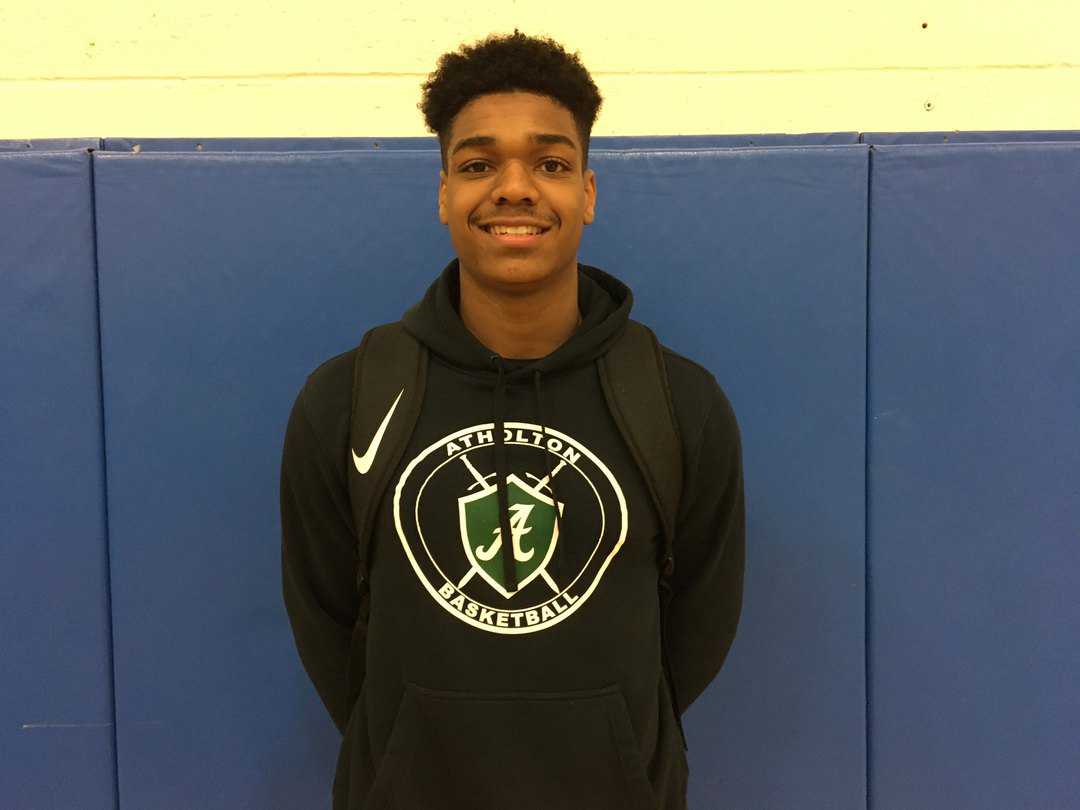 Jordan Oates was the epitome of clutch Saturday for Atholton. The Salisbury University recruit scored 23 points, including a pair of key 3-pointers and pulled down 17 rebounds, leading the Raiders to a 68-62 victory over C. Milton Wright and a spot in next week’s Class 3A state boys basketball Final Four at the University of Maryland.

C. Milton Wright High gave it everything they had to recover from a quiet first quarter in order to eventually catch Atholton in Saturday afternoon’s Class 3A state boys basketball quarterfinal match.

It was all for naught, however, because the Raiders, led by senior Jordan Oates’ 11-point barrage in the fourth quarter, never succumbed to the furious comeback. The Mustangs pulled to within one point twice in the final frame and were within a 3-pointer of tying or going ahead on three other occasions.

Yet the Raiders’ resolve was much more formidable in the 68-62 triumph in Bel Air that sends them to the program’s fifth state Final Four and first since 2009. Atholton (19-7 overall) will play St. Charles from Southern Maryland, Thursday afternoon at the University of Maryland’s Xfinity Center.

Oates was simply magnificent down the stretch, burying a trio of 3-pointers at the most opportune times, to finish with a team-best 23 points. The Salisbury commit also yanked down 17 rebounds to add to his single-season career mark that now stands at 368 boards.

“Jordan is not afraid to take big shots,” Atholton coach Rodney Petersen said. “I think that loss last year in the second round of the playoffs stuck to him. I can’t speak enough about what he means to our team.”

There was another shooting hero for Atholton in the first half as well.

Junior shooting guard Jack Anderson contributed nine of his 15 points in the second quarter when Wright was making its move to recover from a 23-15 deficit midway through the period.

The Mustangs (17-8) had pulled to within a point just before halftime on a layup by sophomore guard Jordan Stiemke, who led all scorers with 26 points, when Anderson buried a 3-pointer to give the Raiders some breathing room heading into the intermission.

Anderson was part of the heroics as well, nailing a 3-pointer at the buzzer to stretch Atholton’s lead to 47-41.

Wright kept pushing, despite the push-back from the Howard County school, and clawed back to within a point in a baseline trey by Evan Gallant with under four minutes to go.

Jordan Bullis also knocked down a triple for the Mustangs with just under two minutes remaining to cut the deficit to a single point again.

That’s when Oates buried another shot from behind the arc and then completed a 3-point play after being fouled on a pretty drive with 53 seconds remaining in regulation.

“We had a rough start,” C. Milton Wright coach Jon Stefanides said. “Their 2-3 and 2-2-1 zones bothered us, even though we were prepared and we knew what to do. Then we started to get guys in the right spots (during the comeback).”

The Raiders, though, made just enough plays to prevail.

Oates said that his parents and coaches talk to him all the time about having confidence in being a clutch player.

“The key to those type of moments is not to panic,” he said. “That helped me to hit big shots.”