Putting the pieces back together 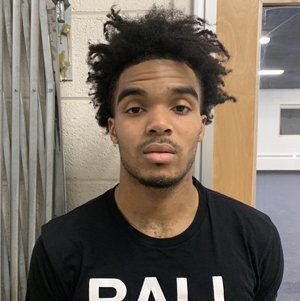 It’s a warm Thursday evening in late July, and several members of the Marriotts Ridge High football team are participating in a 7-on-7 league at River Hill.

The coaches observe as the Mustang receivers run their routes. Several players stand a few feet behind, waiting for their opportunity to get on the field.

This is peace for the Marriotts Ridge football team. Earlier in the summer, Mustangs coach Ken Hovet passed away, on June 30, after battling kidney cancer. The program has been slowly putting the pieces back together.

“I’m not sure anyone has the answer of how truly to deal with it,” said Thomas Browne, the Mustangs’ new varsity coach who served as junior varsity coach the past several seasons. “For the kids, it was probably hard to grasp.

As with any tragedy, you look for something to get your mind off of it. At least with football, it’s something that’s consisent.”

The Mustangs have been meeting three times a week for weightlifting in addition to the 7-on-7 league at River Hill, missing only the week after Hovet’s death.

Marriotts Ridge star running back Connor McNeill remembers talking to Hovet during the spring in the weight room.

“He was very passionate. He’d worked you hard in practice but still make it fun,” said McNeill, a rising senior. “He helped through the college process and put together highlight films. It’s a tough loss.”

Hovet had an unwavering commitment to the players he coached at Oakland Mills and Marriotts Ridge. A native of Howard County who earned a law degree and Masters in business administration at the University of Maryland, Hovet wanted to teach and coach high school.

“He was a father figure to me and someone who became one of my best friends,” said Browne, who played for Hovet at Oakland Mills. “Obviously the lessons on the football field stuck with me the most.  Ken probably taught me so many things in life and gave me advice on different things probably the least of which was about football.”

The guy had so much offer, he was such a magnetic personality. Somebody you want to be around, whether at a Ravens’ game or shooting the breeze in the classroom.”

On the field, Hovet is one of two coaches to lead a Howard County school to a state title (1998 at Oakland Mills).  In 2005, Hovet became athletic director and football coach at Marriotts Ridge.

The Marriottsville school enjoyed winning campaigns in 2007 and 2008, but went 0-10 last fall. In February, Hovet was diagnosed with cancer.

Browne said Hovet didn’t let the news affect his goal of bringing Marriotts Ridge back to respectability in 2010.

“We had a regular conversation about work and football,” remembered Browne of his last conversation with Hovet. “He wanted to make sure I had the kids into conditioning work. He kept it pretty lighthearted. He had every intention of coming back.”

McNeill said the Mustangs are planning to wear armbands in Hovet’s honor this coming season.

“We had some rough times last season but he was still the same person when we went 7-3,” said McNeill, whose team opens the season against Howard on Sept. 3. “Everyone has rallied around each other and brought the team closer. We want to win that first game for Coach Hovet.”