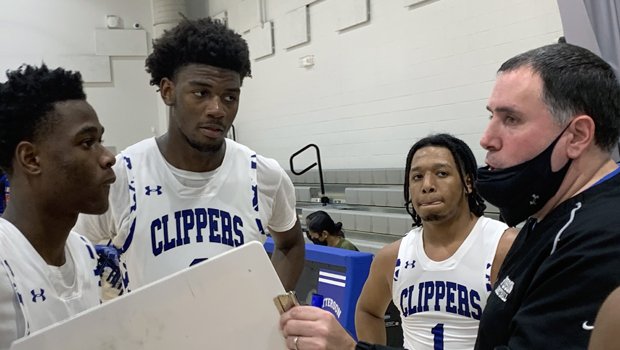 “We didn’t want them coming into Baltimore City beating us. We wanted to send a message to them and any team that it won’t be easy coming to Patterson and beating us,” said Thomas.

The 12th-ranked Clippers remained perfect on their new hardwood with a 64-57 victory over the No. 19 Patriots in a non-league special in Baltimore City. Thomas finished with a game-high 32 points. 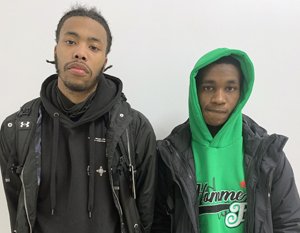 “I got a chance to see them a couple of times…they kept battling,” said Martin. “They got three, four scrappy players and the big fellow was doing damage down low. You got to give them a lot of credit, on the road in a Baltimore City game and keep coming back. There were a couple of times when we were going to push it to 20.”

The Clippers had a double-digit advantage for most of the third quarter, including a 50-35 advantage in the latter stages after a steal and basket from Jose Sabastro. Old Mill, behind Day, would not go away.

The 6-foot-6 forward/center scored 10 of his team’s next 12 points, including a 3-pointer bringing the Patriots to 52-47 with 6 minutes, 49 seconds left in regulation. Old Mill got it down to 54-50 after Jordan Penn’s trifecta.

Thomas regained order for Patterson, converting a free throw and a transition dunk, followed by Khaijae Wilson’s put back for a 59-50 lead. Day, who scored 24 points in the second half, brought Old Mill to 61-57 with two free throws with 3:21 remaining.

Thomas, who constantly attacked the basket, answered back with a basket. Old Mill had several chances in the final couple of minutes, thanks to hastened Patterson possessions, but could not take advantage.

“We weren’t getting second chance opportunities. We were playing pretty good defense,” said Patriots coach Craig Smith. “We didn’t score baskets when we needed to.”

Smith, like his counterpart Martin, relished the opportunity to play a quality non-league opponent.

“We like to get out of our conference and play good teams to show the kids what it’s like at the end…when you get outside of your region you’re going to face teams like this (Patterson),” said Smith, whose team’s other loss came against Anne Arundel rival and No. 18 Meade.

Patterson, which had its lone loss at No. 6 Lake Clifton last week after a nearly three-week break due to COVID-19 concerns, is trying to find cohesion.

“I thought before the break we were gaining momentum so we have to get back to it figuring out rotations,” said Martin, whose team missed 14 free throws Tuesday. “We got to start making shots.”

“We got a lot of work to do, but there’s still time,” said Thomas. “We’re nowhere near our best.”