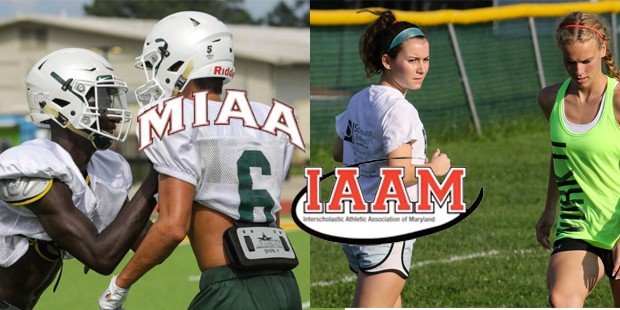 The organizations, which are each comprised of 29 Baltimore area private schools, including 19 in common, are the two largest private school athletic conferences in the state of Maryland, with the MIAA governing boys sports and the IAAM governing girls sports. In July, the conferences released a joint statement in which they postponed their traditional start dates for fall sports from the first week of August until Sept. 1. In addition, the start of athletic competition was delayed until at least Sept. 21. In their latest joint release, issued on Thursday morning, the MIAA and IAAM have each now delayed the start of fall sports indefinitely.

The statement reads as follows:

In response to the unprecedented challenges presented by the COVID-19 pandemic and with the health, safety and well-being of our member-school campus and athletic communities being paramount, the members of the Maryland Interscholastic Athletic Association (MIAA) and the Interscholastic Athletic Association of Maryland (IAAM) have voted to postpone all fall athletic competitions and championships. This postponement applies to the MIAA and IAAM sponsored sports and impacts cross country, field hockey, football, soccer, tennis, volleyball, and water polo. On behalf of our member schools, the MIAA and IAAM Board of Governors will reconvene in mid-October to evaluate the public health crisis and manage competitive options for the remainder of the 2020/2021 school year.

Guided by the commitment to preserve and sustain the student-athlete experience as a core component of the educational mission, the MIAA and IAAM have researched numerous options to develop policies and protocols that would support a safe return to play progression this fall prior to making this decision. Ultimately, the persistence of the virus and the potential for exposure among student-athletes, coaches, administrators, support staff, fans and local communities, coupled with the need to safely reopen campuses this fall, made it impossible to execute a return to competition at this time without undue risk.

To enhance the experience for all student-athletes, opportunities for strength and conditioning and sport-specific opportunities may be made available at each member school’s discretion in adherence with local and state health and safety guidelines. Member schools are not permitted to participate in scrimmages or competitive play until further notice.

Recently, the Maryland Public Secondary Schools Athletic Association (MPSSAA), which governs the state’s public school athletic programs, postponed the start of fall and winter sports through at least the end of the first semester, which concludes in January. Fall sports are usually completed in early December, but the MPSSAA stated that it is retaining the option to modify or reschedule the fall season to take place at some point in the second semester.

The latest MIAA/IAAM joint statement made no mention of winter sports, but it is assumed the fate of that season will be addressed when the leadership of each organization reconvenes in October. VSN is aware that both the MIAA and IAAM have explored several contingency plans, including the condensing of all three sports seasons while slotting the fall season between the winter and spring. However, it remains impossible for either the private of public athletic associations to commit to any firm plan with the continuing uncertainty over the ongoing pandemic.

The first priority for everyone in education is to find a safe way to bring students and teachers back on campus for classroom learning, but most local school districts in the state have already announced they will begin the year with virtual learning. The ones who have not yet announced their intentions are also expected to open virtually. Many private schools are planning on opening the year with students back in the classrooms, with modifications to support social distancing, but some have begun to hint that those plans could be delayed as well.

There is no more certainty on the college level, where many conferences have already postponed or cancelled their fall season, and in some cases the winter season as well. Power 5 conferences such as the Big 10 and the PAC 10 have announced they will play football in the spring, while the ACC, Big 12 and SEC are holding firm to plans to play in the fall.