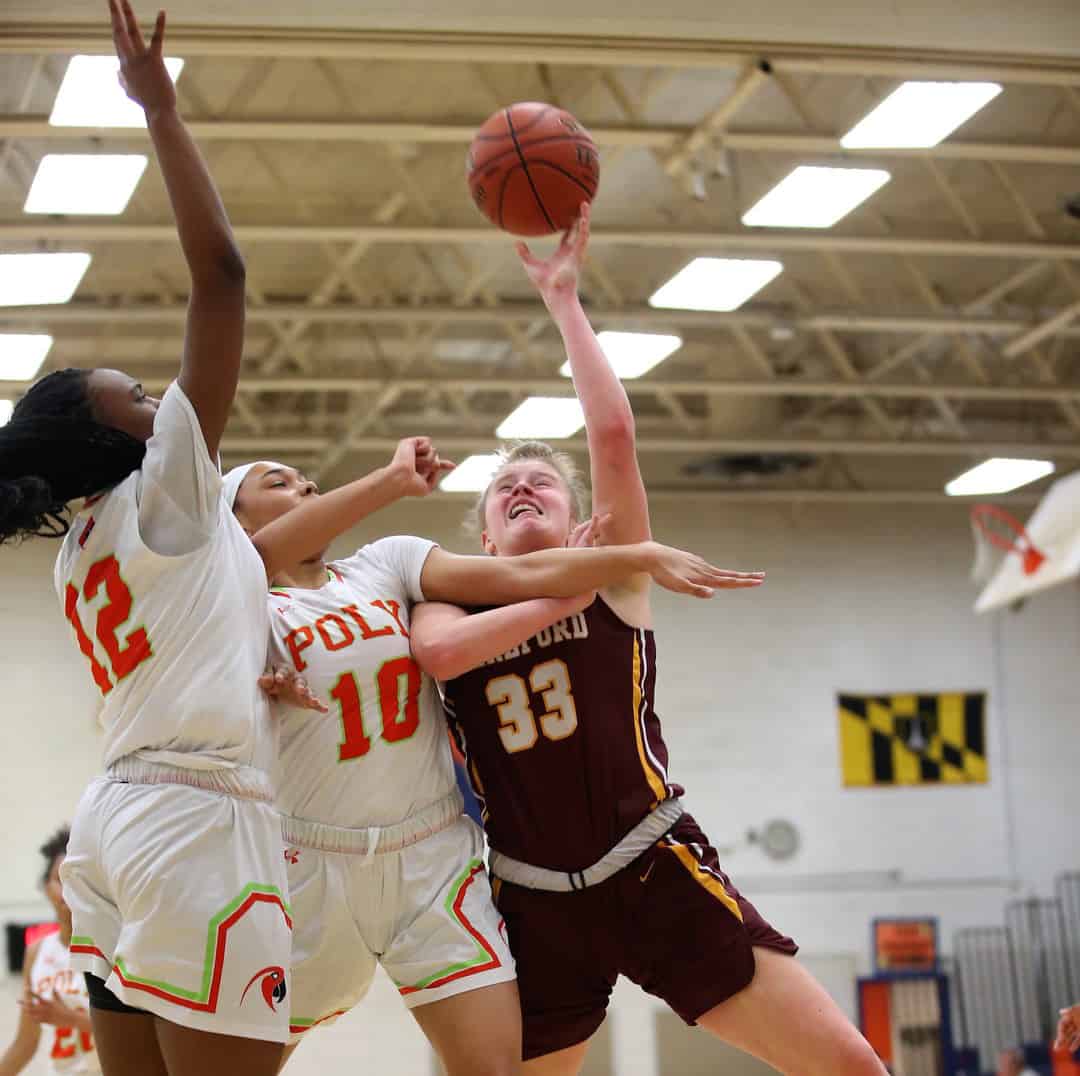 Hereford’s Kayla Nieberlein (33) is met at the basket by Poly’s Caris Ferguson (10) and Ajae Petty during Wednesday’s Class 3A North Region I girls basketball final. The No. 1 Engineers advanced to 3A state Elite Eight with a 62-12 decision over the Bulls in Baltimore City. (photo – Jimmy Fields)

The first eight minutes of Wednesday’s Class 3A North Region I girls basketball final between Hereford and Poly was close.

Then came the final 24 minutes. The top-ranked Engineers dominated the rest of the match en route to a 62-12 victory over Bulls inside Augie Waibel Gym in Baltimore City.

The three-time reigning Baltimore City champ Engineers ran off 29 unanswered points between the second and third quarters, putting up a running clock and claiming a third region title in five seasons. Poly will host a 3A state Elite Eight contest Friday on Cold Spring Lane.

The Engineers led 12-6 after the first period then outscored Hereford, 21-3, in the second for a 33-9 halftime lead. The lead hit 35 early in the second half and the remainder of the game was played with the running clock.

Poly, whose only loss came against nationally-ranked Riverdale Baptist School at the Stars and Stripes Salute mixer at New Town in early December, has won 22 straight decisions.

CLASS 3A NORTH REGION I FINAL