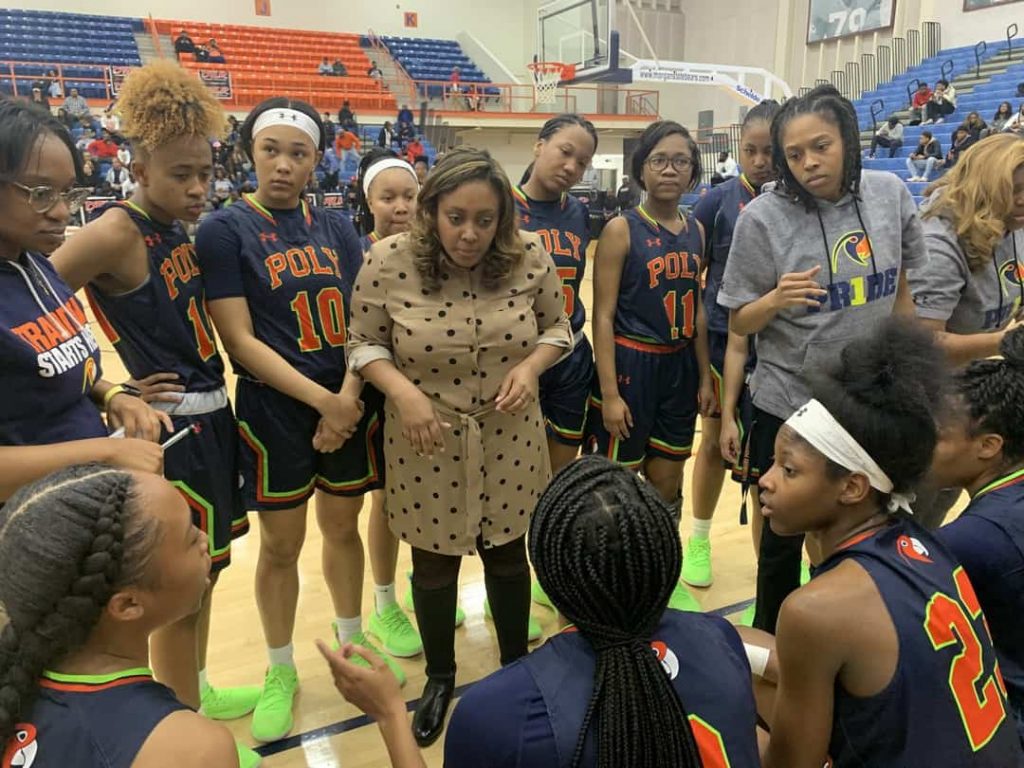 Poly coach Kendall Peace-Able talks to her team during a timeout Saturday. The Engineers defeated St. Frances Academy at Morgan State University to move to No. 1 for the first time in VSN’s Girls Basketball Top 20.

Last week: The Lions did not play

This week: vs. Institute of Notre Dame, Jan. 27; at Archbishop Spalding, Jan. 29

Last week: The Hawks did not play