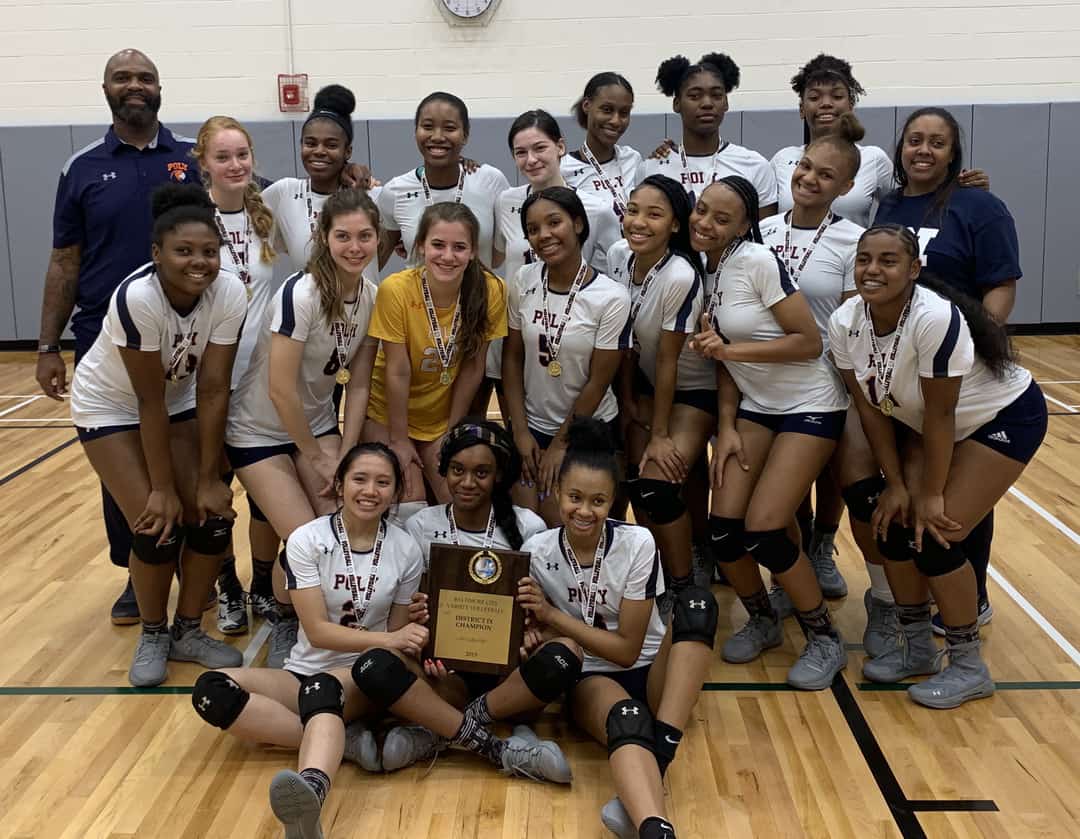 Poly High volleyball carried on a legacy that dates back to 2010 Tuesday night with another Baltimore City championship.

Junior Janeal Homer said the No. 19 Engineers care deeply about that tradition, but they didn’t feel any pressure in cruising to victory over their next door neighbor and top volleyball rival Western, 25-9, 25-7, 25-10, at Forest Park.

“We like playing hard and talking to each other and with the energy from our team, it doesn’t really feel like it’s a hard match…” Homer said. “It feels natural, like we’re having fun. When we’re having fun, we play really well.”

The Engineers (13-1 overall) swept the Doves (10-4) in three sets during the regular season too and they have lost just three sets this fall. All of those came in a 3-1 loss to No. 11 Rising Sun.

Poly’s continuing domination of city volleyball comes from a powerful balanced attack and solid passing, both of which led the way to Tuesday’s title victory.

Courtney Roundtree and Asia Murray led the Engineers with five kills each while Homer and Tenea Robinson had four each. Junior setter Imani Morris had most of the assists.

“Our passing was very good,” Morris said. “I feel like communication and unity are very important on our team, so if we communicate, we are able to dominate.”

Poly also had 18 aces. Homer scored three of the last four points of the first game on aces and Ashanti Simms finished off the match with a pair.

Even as the match seemed well in hand, the Engineers never lost their focus, finishing all three games strong. The Doves never scored more than two points in a row.

“I loved it. I loved it,” Poly coach Kendall Peace-Able said. “We didn’t let up. We have a tendency to oh-we-got-it and then play a little off. I’m proud of them.”

To Morris, the victory is especially important this week — the biggest week of the Poly athletics year as the Engineers approach the 131st Poly-City football game Saturday at 1 p.m. at Morgan State.

“I feel like this is the start of championships,” Morris said. “We’re pushing toward Morgan and so this was an important step to it.”

Home said, “We have a pep rally coming up and this is a really important game because this can start the engine. Poly just won city champs, now let’s have Poly win the football game against City, so it’s like we’re starting that high momentum.”

The Engineers had a clear advantage in experience against the Doves, who have only two players from last year’s team and have four girls who hadn’t played volleyball until this season. Their best blocker, senior Jayla Mills, was one of their first-year players. 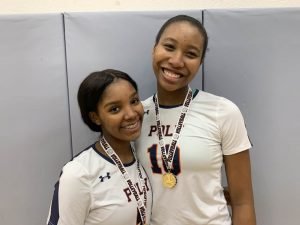 Imani Morris (left) and Janeal Homer helped Poly to another Baltimore City volleyball Tuesday evening. The No. 19 Engineers will play Franklin or Towson in the Class 3A North Region I semifinals next week.

Western struggled with passing which kept them from generating much offense. The Doves managed just three kills during the match, sending over mostly free balls that the Engineers easily were able to pass and kick start their attack.

“I think it was more of a mental game,” Western coach Sharine Ward said. “Our girls  are strong. I think it just got in their heads. Once Poly went up, it kind of made the morale go down.”

To Ward, reaching the title game with a young team and so many newcomers was a reward in itself.

Both teams now move on to the regional playoffs, Poly in Class 3A and Western in Class 4A.