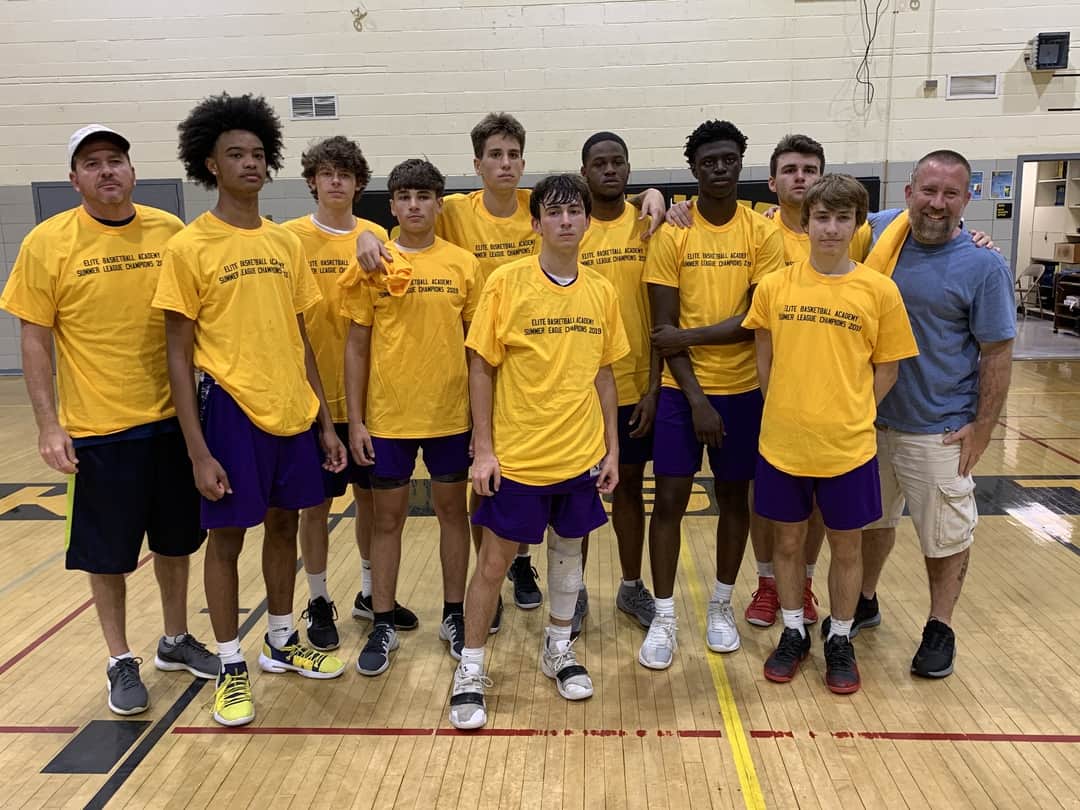 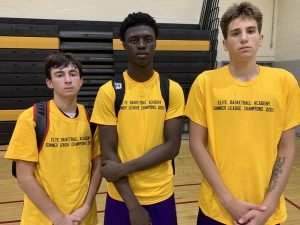 Peyton Conn (left), Timmy Adedire and Ramon Villanueva helped the Pointers claim the EBA Summer League title Wednesday evening at Parkville. The Pointers defeated the Spartans in the semifinals and top-seeded EBA in the title game.

The odds weren’t favorable for the Pointers boys’ basketball team going into the final day of the Elite Basketball Academy Summer League Wednesday. But for a team that’s experienced a lot over the years, it was the perfect scenario.

The Pointers, who consist of players from Calvert Hall College, Perry Hall and Sparrows Point, rallied in the second half in the semifinal and final rounds to become the last standing in the 10-team field.

The third-seeded Pointers defeated second-seed Spartans, 63-56, in the semifinals.

“I could sit here and say good things about each one of my players who contributed in some way. It was a good team effort,” said Pointers coach Jeremy Conn. “When I needed it, guys stepped up and hit big shots.”

Adedire said chemistry, built with his teammates since the 5th grade in the Perry Hall rec leagues, was the difference.

“We stay calm no matter what,” said Peyton Conn, a rising senior guard from Sparrows Point. “Down 25 or up 10, we keep our cool.”

Trailing by as many as seven points in the opening half, the Pointers ran off the first 11 to start the second half against Spartans, who consisted of players from Harford and Cecil counties.

After scoring the first five, the Pointers went back-and-forth with top-seeded EBA (Parkville) in the final. EBA scored the final seven points to grab a 30-28 advantage at intermission.

The Pointers gained the largest lead for either squad at 39-33 on Peyton Conn’s 3-pointer. EBA got the lead back, 44-43, on Kevin Lewis’ basket.

EBA, which defeated fifth-seed Wolfpack (Western Tech) in the semifinals, led 53-51, after a basket from Jordan Strickland.

It was the last lead for EBA, which suffered its first loss in league play. Lewis posted a game-high 22 points and Strickland finished with 17.

Crevonte Adams (Perry Hall), a rising senior forward, scored two key buckets down the stretch for the Pointers, who finished 7-2 in the league.

The Pointers’ only losses were to EBA and the Spartans.

Wednesday may have been the last stand for the Pointers, whose players will be back to their respective schools in less than a month.

“It’s crazy to see how we’ve grown together as a team,” said Peyton Conn.  “It’s nice to see all of us come together and play again.”