Anii Harris (left) and Marisa Sanchez-Henry came up big in the final quarter for Howard girls basketball Friday evening. The No. 5 Lions remained undefeated with a 49-47 win over ninth-ranked South River in the championship game of the Lions’ holiday tournament.

Should the two teams in the championship game of the Howard Holiday Classic — No. 5 Howard High and ninth-ranked South River — meet again in the Class 4A state postseason a couple of months from now, it would still be difficult for the participants to play much better than they did in Friday night’s finale.

Both the Lions and Seahawks appeared to already be in peak playoff form, considering the high level of play throughout the taut battle won by Howard, 49-47, after a stellar defensive stand in the final seconds secured the victory.

“We knew this would be a tough game against some tough kids who are really well coached,” Howard coach Scott Robinson said.

The game did not start the way it ended.

The Lions (8-0 overall) bolted to an early advantage in the first two minutes after senior guard Anii Harris ignited the opening 8-0 run on a drive and senior guard Camille Malagar added a free throw before 6-foot sophomore forward Gabby Scott made a chip shot in the paint and then bombed in a 3-pointer.

The Seahawks, who fell to 6-1, responded to the deficit the way good teams do, by fighting back.

They went on a 9-1 spree ignited by junior guard Harley Herndon’s layup and a pretty step-down in the post by leading scorer Ashlynn Burrows, a senior forward.

A 3-pointer and then a fast-break finish by senior Megan Curtner, assisted by senior Caitlin McGuirk, knotted the score at 9-9.

“We kind of got out of sorts early,” South River coach Mike Zivic said. “Then we started to get some good screens and we made some good passes.”

However, Howard senior guard Marissa Sanchez-Henry knocked down a baseline 3-ball and then had a steal-and score to ensure that the Lions would end the first period on top, 14-11.

The second period, though, belonged to the Anne Arundel County school, which outscored the hosts, 19-12, to take a 30-26 lead into the intermission.

And try as they might, the Lions could not regain the lead until the very end of the third quarter when they inched ahead, 40-39, after Harris finished a fastbreak after a steal and Sanchez-Henry swished a couple of free throws.

Harris was a constant thorn in the Seahawks’ side with her ability to get to the glass seemingly at will.

“I used my speed and athleticism to get by them,” said Harris, who was slowed momentarily against South River’s 2-3 zone.

The Seahawks had one more big spurt left in the fourth quarter, and used it to jump in front, 45-42, after Herndon scored on a stutter-step drive before Burrows’ stick-back and two .free throws.

A clutch jumper by Malagar a pair of drives by Sanchez-Henry and a Harris free throw fueled a 7-2 closing run for Howard, which also spoiled several South River in-bound plays in the final 17 seconds to remain unbeaten to start the season.

Although Burrows led the Seahawks with 16 points, she was mostly held in check down the stretch with pesky senior Emily Durkee guarding her.

“We couldn’t get the ball,” Zivic said. “We really haven’t worked on post entry passes. But the real issue was that we didn’t execute down the stretch.”

Sanchez-Henry said that the Lions were well prepared to hold onto the lead in the late going.

“Our coaches told us exactly what they were going to do,” she said.

Robinson praised his troops for their stingy defense in crunch time.

“The girls did a great job,” he said. “They didn’t even allow a shot (in the final seconds).” 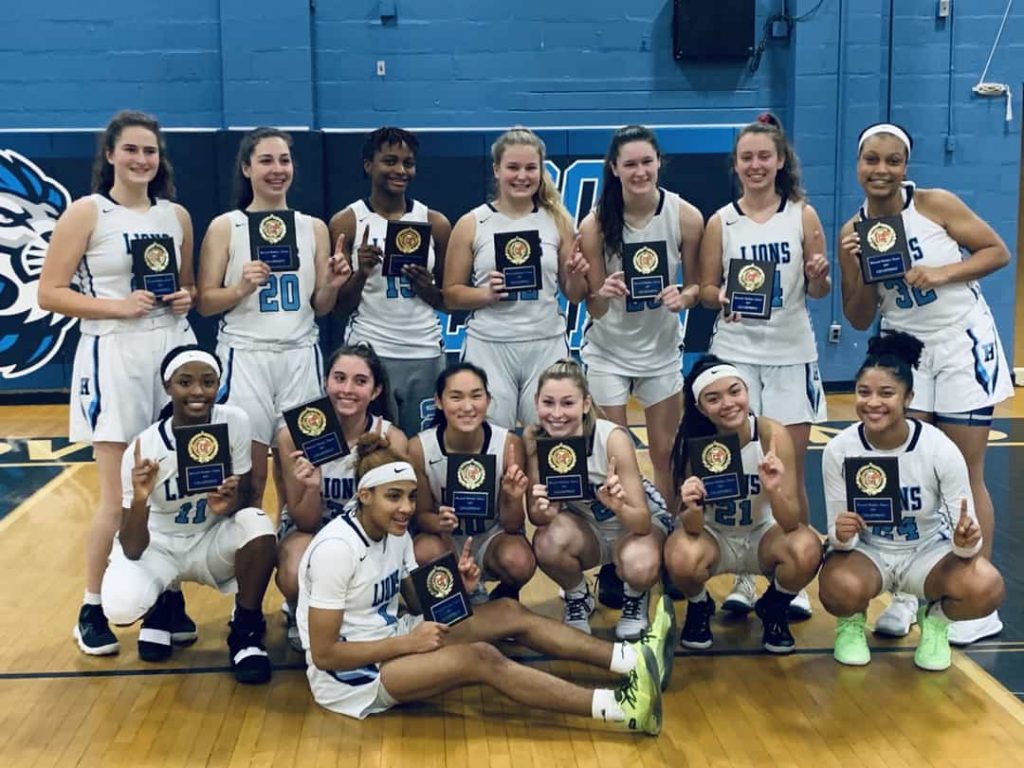