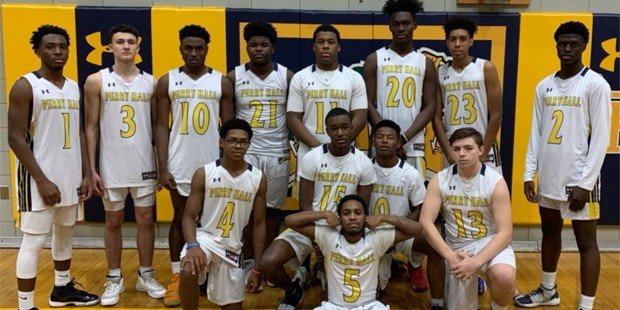 Adedire nets 18 points in a victory over Kenwood

The Perry Hall boys basketball team continued it nice rebound from a slow start this season, Thursday, as the Gators went on the road and captured a 50-46 win over Kenwood, their third straight.

Devin Adams led Kenwood with 14 points and Tyree Anderson netted nine. The Bluebirds (4-7 overall) are also 3-1 in the league. The two teams are tied with Franklin for third place in the conference, behind Western Tech and Woodlawn who are both 3-0.

Next Wednesday, Perry Hall travels to Woodlawn and then hosts Franklin next Friday.