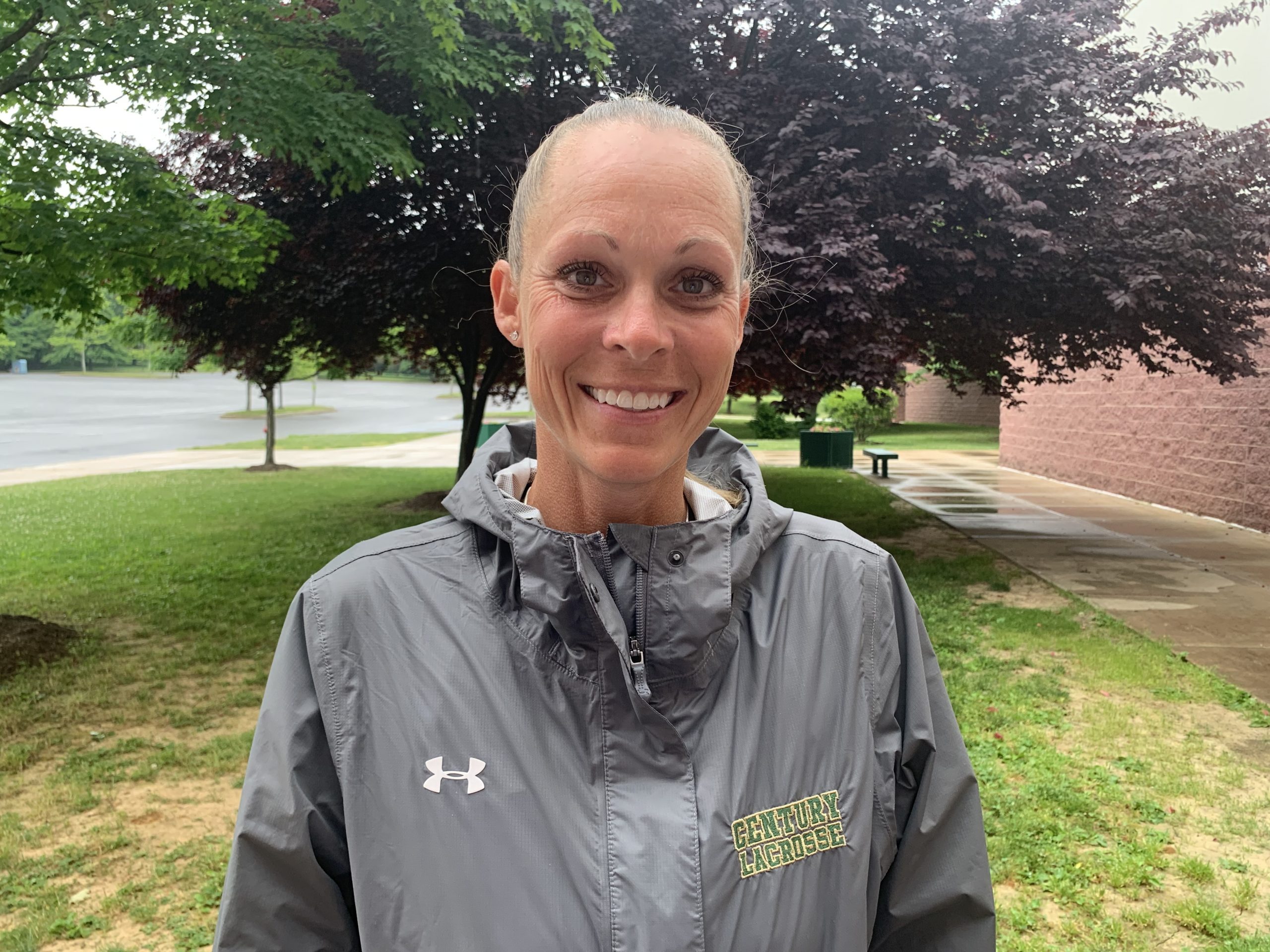 Becky Groves looks back to May 3 when Century High’s girls lacrosse team trailed Carroll County rival Liberty by four goals at halftime as the pivotal moment in the Knights’ season.

“Nothing was going our way in that first half,” Groves said. “That’s when I changed my coaching approach which was very strange. I didn’t yell at halftime. I just encouraged the girls, because literally nothing went our way … but we had to keep fighting and I think that really was the turning point for our team that we could do anything.”

The Knights turned that 6-2 deficit into an 8-7 victory and went on to polish off a 19-0 spring with the Class 2A state championship. After her first undefeated season in 12 years as the Knights’ head coach, Groves is Varsity Sports Network’s Girls Lacrosse Coach of the Year.

Eight of Century’s wins came over teams ranked in the final VSN Top 20, including No. 10 Broadneck, the Class 4A champion, and No. 16 Liberty, the Class 1A champ. The No. 4 Knights were the highest ranked public school team in the Baltimore area. This week, they rank No. 13 in the Nike/USA Lacrosse Girls High School Top 25.

“I think the key was we were a great team,” Groves said. “This is one of the years that I didn’t have that player that was that showcase player, but I had a lot of great players. They all could have been that showcase player, but they worked so well together and all the way from our goalie to our last attacker to our bench, we all worked together. This is one of the few years that I’ve had the best team overall.”

Senior midfielder Caroline Little, one of the Knights’ top scorers, said the veterans had new roles to fill but that Groves gave them the confidence to mesh well in the new system.

“I think she new right away we had a lot of roles to fill on the team and she knew that we were kind of second-guessing ourselves as a team because we didn’t know how we were going to fill those roles,” Little said, “and from the first day of tryouts on March 1, she was putting her utmost confidence in us, saying, ‘We don’t need any of our past players. This is our team,’ and we really gained confidence from her and it really let us kind of connect with each other on a whole different level.”

Little and high-scoring teammates Lauren Hackett, Anna Hackett and Jasmine Stanton combined to score more than 250 of the Knights’ 327 goals. More than 40 percent of them were assisted.

“Not just last year but in the past years we’ve had a lot of one-on-one stuff,” Little said, “and I think this is one of the first years that Coach implemented a motion (offense) where everybody can score, everybody can do anything. We had so many weapons from so many angles and she created that new offense for us and it really took our whole game to the next level.”

The Knights drew a lot of attention when they upset then-No. 3 Broadneck at Liberty’s Easter weekend 4 Champions 4 Causes Tournament, which featured three 2021 state champions and Carroll County Century.  The Knights defeated the Bruins, 11-9, and topped Liberty, 9-7, in the tournament championship (about two weeks before the 8-7 league victory over Liberty).

Only one team, then-No. 4 Glenelg, gave the Knights a strong challenge after that. In a battle of undefeated teams in the Class 2A West Region I championship, Century built an 8-4 lead and held on to edge the Gladiators, 8-7.

The Knights then avenged last year’s playoff loss to Middletown in the state semifinals, 19-8, and beat No. 15 Hereford, 16-6, in the title game.

Groves, a physical education teacher at Century, grew up in an athletic family with two brothers, Michael and Bryan Trumbo. Everything was competitive, she said.

“It was great because we thrived off the competition and the intensity and the passion to do well in everything,” Groves said.

Her parents, Dave and Fran Trumbo, were both coaches. Dave Trumbo is the head volleyball coach at Stevenson University and before that, coached Liberty’s volleyball team to two state titles. Fran Trumbo became one of the nation’s top lacrosse referees, officiating all levels including international.

Michael is an Ironman Triathlete. Bryan, who played club volleyball at Towson University, coached Century’s volleyball team for 10 years and led them to the 2019 Class 2A state championship.

Bryan Trumbo now volunteers as an assistant coach for the Century girls lacrosse team. Groves gives her assistant Madi Hall and long-time volunteer assistant Jaclyn Dragon and her brother plenty of credit for this season’s success.

A three-sport All-Carroll County athlete at Liberty, Groves was twice the county’s girls lacrosse Player of the Year and set a county record in 2002 with 294 career goals. She went on to earn All-America status and help Towson University to its first NCAA tournament appearance.

She’s a member of the Towson University Hall of Fame and the Carroll County Sports Hall of Fame. In 2010, she was named to the Colonial Athletic Association’s Silver Anniversary Women’s Lacrosse Team.

Since arriving at Century 15 years ago, Groves had guided five teams to state championships, four in lacrosse and one in volleyball. Her career lacrosse coaching record stands at 144-32.

This title,however,“was something special for sure,” she said, because the 2021 class was the first to leave Century without winning a lacrosse championship and the Class of 2022 was determined not to let that happen to them.

“They had been waiting and working so hard for it and finally when they were able to come through and win their senior year and have an undefeated season, just have that great send-off. I was happy to see them do that.”