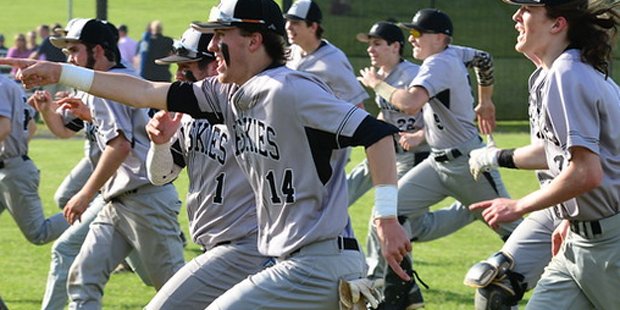 Vujanic fell behind 0-2 but was able to induce a leadoff walk. He advanced to second on a passed ball, and Christian Shertzer was intentionally walked. Mike Segreti singled to load the bases.

Laurentius hit a hard grounder to shortstop that was knocked down and bobbled, which allowed Vujanic to score the winning run. The Huskies (9-3 overall, 6-2 Chesapeake) trailed 1-0 until the bottom of the fifth when Segreti and Celuch each produced RBI singles.

The Bobcats tied in the seventh on Tommy Harrison’s bases loaded walk. Bel Air (2-7, 1-6 Chesapeake) still had the bases loaded with one out, but Celuch retired the next two batters to end the threat.

Laurentius and Segreti each had two hits and an RBI. Cole Meyer and Chris Bailey went 2-for-3 for Bel Air.