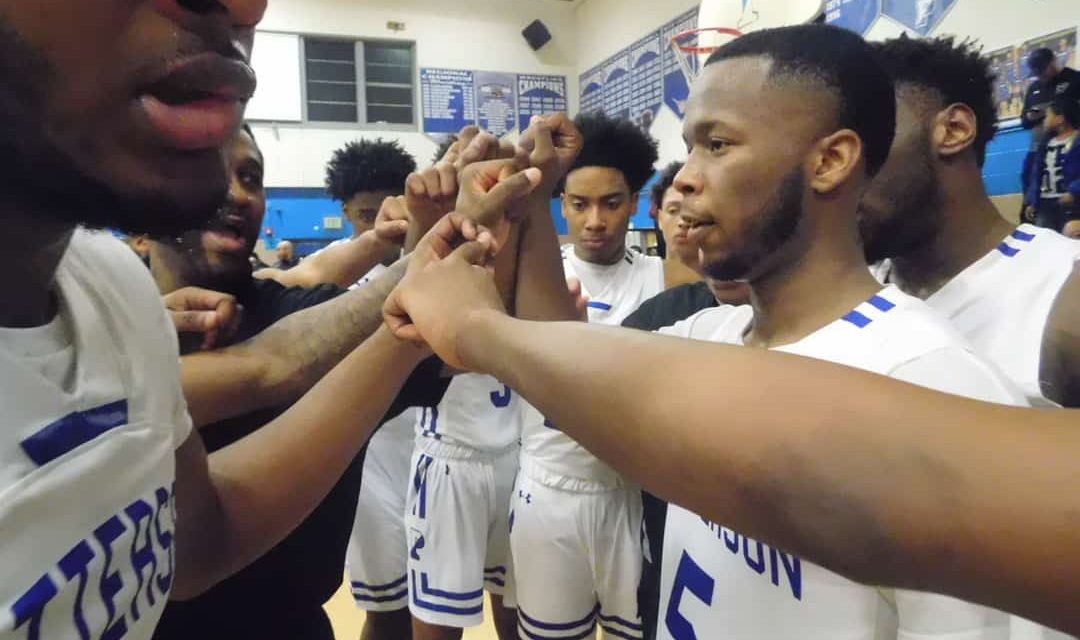 by Derek Toney
There’s a new No. 1 in this week’s VSN’s Boys Basketball Top 20.
Patterson High has the top ranking after Boys’ Latin School’s first-ever reign at No. 1 ended. The Clippers are the first public squad to claim No. 1 since Poly held it for four weeks last season.
The Engineers, St. Frances Academy, Boys’ Latin and New Town round out the Top 5. Century (No. 15) debuts in the poll after knocking off previously undefeated Liberty, and St. Paul’s School (20th) returns after completing a regular season sweep of Gerstell Academy.
Pictured above: Patterson breaks the huddle after a timeout during its stirring comeback victory over Poly last month. The Clippers are the new No. 1 in VSN’s Boys Basketball Top 20 poll.
Here is the entire VSN Boys Basketball Top 20 for week 10:

Last week: The Eagles did not play.