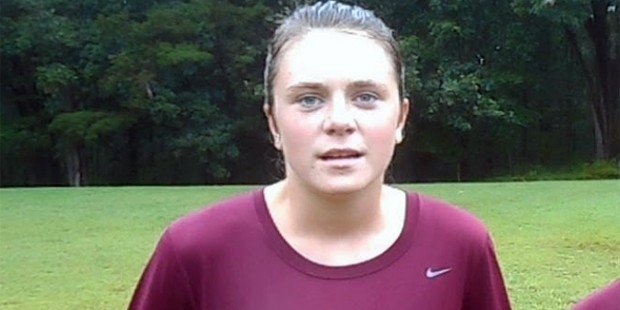 Sophomore Payton Patrick appears to be picking up right where she left off after a spectacular freshman campaign. On Saturday Patrick scored two goals in each game of the Glenelg Girls Soccer Tournament, lifting the No. 8 Bulls to the championship.

It was the first action of the year for the Bulls and, in the opener, Lily Robertson added a score to Patrick’s two and the Bulls prevailed, 3-0, over Manchester Valley.

Bree Gobell and Rachel Saunders each had an assist in the win and the Bulls outshot the Mavericks 13-1.

Hereford was just as dominate in its 2-0 win over the host Gladiators in the championship game. Patrick’s two goals provided the offense and Carly Stevens had an assist.

Pictured above: Payton Patrick had two goals in each game of the Glenelg Tournament as Hereford won the title.