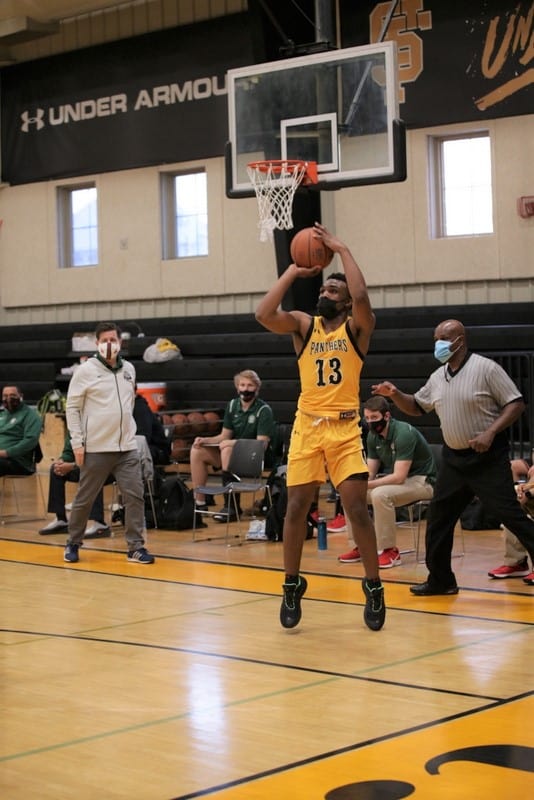 St. Frances guard Byron Ireland puts up a shot during Wednesday’s MIAA A Conference basketball game against Glenelg Country School. The senior guard finished with 10 points as the Panthers won their 10th straight to start a truncated 2021 season with an 84-38 decision over the Dragons in Baltimore City. (photo – Jimmy Fields Sr.)

Senior guards Elijah Davis and Byron Ireland, and sophomore shooting guard Jahnathan Lamothe each finished with 10 points for the Panthers (10-0 overall), who led 34-8 after one period and 46-15 at halftime. St. Frances, which has won three straight Baltimore Catholic League Tournament titles, have won all 10 of its games by an average of 31 points.