Panagetou steps down at Perry Hall 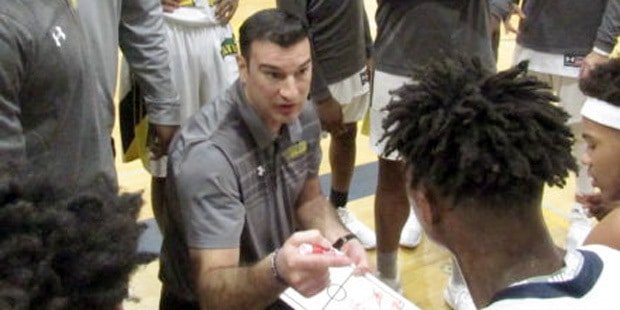 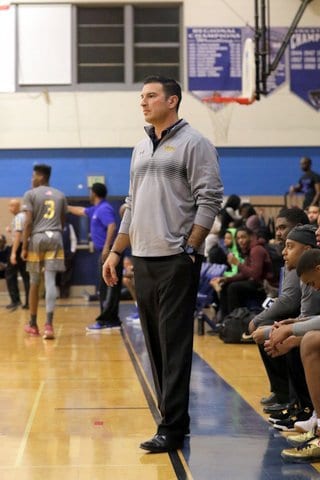 George Panagetou, who guided Perry Hall High to two consecutive Class 4A state boys’  basketball titles, has stepped down as the team’s coach he revealed on Wednesday evening.

Panagetou, who was 105-47 in six seasons at his alma mater, sited the need to focus on his young daughters.

“My girls are really into it (basketball) and I want to be there for them and to coach them,” said Panagetou, who originally began his coaching career on the girls side. “I was back-and-forth about this all year, but it became clear towards the end. My athletic director (Bob Hruz) has been great and he asked me to take time to make sure I was certain of my decision.”

Panagetou’s oldest daughter, Lauren, is 12 and in the seventh grade and he coaches her summer AAU team. Younger daughter, Emma, is nine and the fourth grader is also a basketball enthusiast.

The VSN’s Boys Basketball Coach of the Year in 2016-17 after Perry Hall captured its first state crown, Panagetou molded the Gators into a bonafide area power over the last three seasons. On his watch, they won three consecutive North Region crowns and a Baltimore County championship, in addition to the two state titles.

Panagetou returned to Perry Hall in 2012 and coached the school’s JV squad to a 14-3 mark. He took over the varsity team the following season and became the program’s sixth head coach in as many seasons. He immediately put the team on the road to respectability with a 10-12 mark and then posted a winning record the following year.

“I went there to coach the game I love at the school I love,” said Panagetou, who works in commercial real estate financing. “In six years to have the success we had is great. Winning state championships and getting kids recruited to play big time college basketball was amazing.

“Not too many people can go out on top and win back-to-back state championships. I coached in the biggest games you can coach in as a high school coach and now it is time to focus on my kids.”

Panagetou said he does not anticipate coaching boys’ basketball again, but would consider coaching his daughters in high school, even if only as an assistant coach, depending on where they go to school and what opportunities exist.

Until his successor is named at Perry Hall, he plans to continue to assist with the recruitment of senior Anthony Higgs, who has de-committed from the University of Mississippi following a coaching change at the SEC school, and junior Anthony Walker, who is coveted by seeral major college programs. He also said he will be active in the search for his successor.