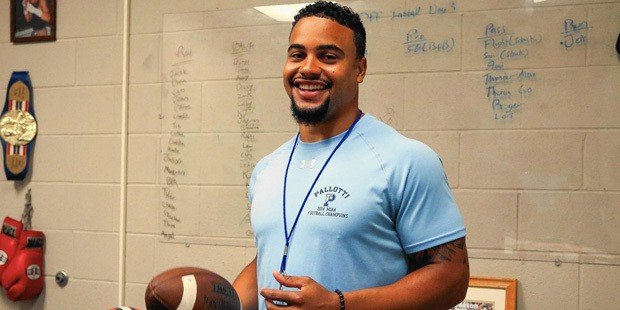 St. Vincent Pallotti head football coach Ian Thomas has stepped down after three years at the helm of the Panthers’ program.

Thomas had a career record of 17-16 and led Pallotti to the MIAA B Conference playoffs in two of his three seasons. In 2016, under Thomas, the Panthers won the B Conference championship with a 10-2 record defeating Boys’ Latin in the title game. Coach Thomas was also named the 2016 MIAA Baltimore Touchdown Club Coach of the year.

“I would like to return to coaching at some point, but needed a break,” said Thomas, who will remain at Pallotti as the physical education and health teacher for the remainder of the school year.