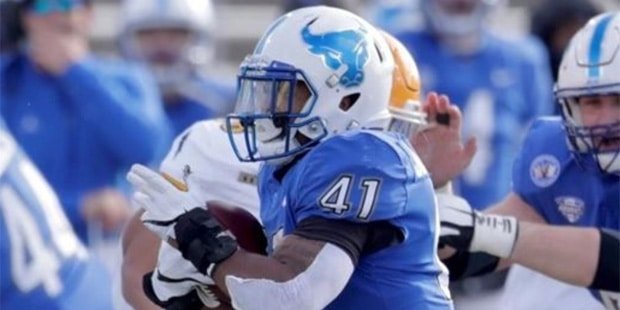 While in high school at St. Vincent Pallotti High School, running back Jaret Patterson was a touchdown machine for the Panthers. However, he never did for Pallotti what he did on Saturday for the University of Buffalo.

Patterson rushed for eight touchdowns in the Bulls’ 70-41 win over Kent State, tying the NCAA single game record set in 1990 by the University of Illinois’ Howard Griffith, who rushed for eight scores in a victory over Southern Illinois. 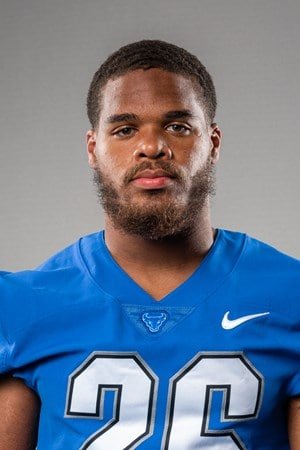 Patterson didn’t just convert eight touchdown runs, he ran all over Kent State, amassing 409 yards on 36 carries. The 409 yards left him just 18 yards shy of the all-time NCAA single game rushing record of 427 yards, set in 2014 by Oklahoma’s Samaje Perine, who rushed for 427 yards in a win over Kansas.

Patterson could have possibly broke both records, but Buffalo head coach Lance Leipold pulled him from the game, with less than two minutes to play, with the Bulls driving at the Kent State 21. Backup Kevin Marks covered the final 21 yards, over the next two plays, and scored the Bulls’ final touchdown, with 1:16 remaining.

In the Bulls’ previous game, Patterson rushed for 302 yards and four touchdowns on 31 carries. He now is only the second FBS running back in college football history to have back-to-back 300-yard rushing games. University of Texas star, and future NFL great, Ricky Williams did it in 1996.

Patterson, a junior, rushed 2,045 yards and 23 touchdowns in his senior season at Pallotti in 2016, becoming an Honorable Mention All-State selection. He rushed for 188 yards and three touchdowns in leading Pallotti to a 53-10 win over Boys’ Latin in the 2016 MIAA B Conference Championship Game.

At Buffalo he was an instant success.

As a freshman he led the Bulls with 1,013 yards at 14 touchdowns. He was named the Mid-Atlantic Conference (MAC) Freshman of the Year and 2nd-Team All-Conference. He followed that, as a sophomore, by setting school records with 1,799 rushing yards and 19 touchdown runs. He was named 1st-team All-MAC, after leading the conference in rushing and he finished fifth in the nation in rushing.

Thus far in 2020, Patterson has rushed 107 times for 928 yards and 16 touchdowns in just four games. He is averaging 230 yards per game. Patterson’s twin brother James, who also played at Pallotti, is a three years starting linebacker with the Bulls’ as well.

If he played in a Power 5 conference he may very well be getting strong Heisman Trophy consideration. He may get it any way, but what he is definitely getting is noticed by NFL scouts. Already considered a professional prospect heading into his junior year, Patterson’s NFL stock is rising rapidly.